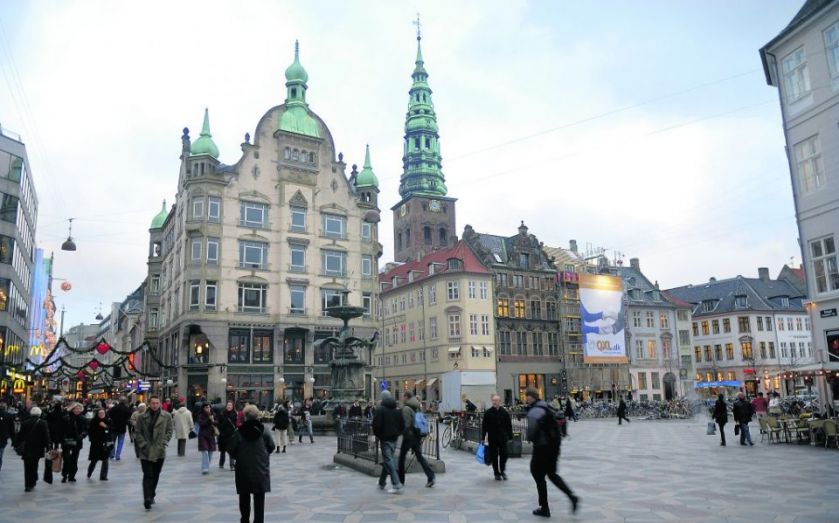 Fears are building that Denmark could be the next country to send shockwaves through currency markets by abandoning the krone’s link to the euro, just one week after Switzerland surprised markets by scrapping its euro price cap.

The Danish central bank yesterday cut the interest it pays on deposits to minus 0.2 per cent from minus 0.05 per cent to try to weaken the krone.

In doing so, it prompted speculation its peg to the euro could be scrapped, adding to another day of uncertainty across the continent in the run up to this week’s expected announcement from Brussels of a huge central bank bond-buying plan.

Germans have been voicing their opposition to the plan, placing heavy pressure on Chancellor Angela Merkel, who sought to reassure voters that the move would not let heavily indebted Eurozone governments off the hook. In neighbouring France, President Hollande was left red-faced after backtracking on a statement which seemed to confirm that the European Central Bank (ECB) will go ahead with the plan this week.

Nervousness over Denmark follows last week’s shock Swiss decision to remove the franc’s ceiling against the euro. The jolt to currency markets was so great the UK’s financial watchdog (the Financial Conduct Authority) yesterday confirmed it had sent letters to foreign exchange traders to gauge any possible balance sheet damage.

Yet Danish central bank chief Lars Rohde insisted that the Danish euro peg will not be abandoned and that “there’s still some way to go” before they run out of policy options.

Yet many City analysts are cynical. “It’s all very well the central bank saying they have got every intention of keeping the peg, but the SNB [Swiss central bank] said that last week and look at what happened,” Michael Hewson, chief market analyst at CMC Markets, told City A.M.

“Given last week’s events I think anything central bankers say now is going to be treated with a healthy dollop of scepticism.”

In the week before it decided to end the franc’s link to the euro, Swiss central bank boss Thomas Jordan described it as “absolutely central”.

“If the ECB does a massive quantitative easing programme it’s going to be very difficult for the Danish to maintain that peg. They’d probably have to cut their rates to Swiss levels – minus 0.75 or one per cent. You could even be talking about capital controls,” Hewson said.

“The central bank has ample room to manoeuvre in the sense that they can lower interest rates further and the currency reserves can be built up significantly,” Bocian told City A.M.

Bocian explains that the Danish euro peg is decided by the government as opposed to the central bank, which reduces the possibility of a snap decision. And with general elections in Denmark this year, the current government is unlikely to end a policy that has strong public support.

“From a political perspective this is a no-go,” Bocian said.

He expects a further cut in interest rates this month.

Denmark’s currency peg has been in place since the 1980s. Before the birth of the euro, it was linked to Germany’s deutsche mark.