Dame Colette Bowe on her plans for the Banking Standards Board 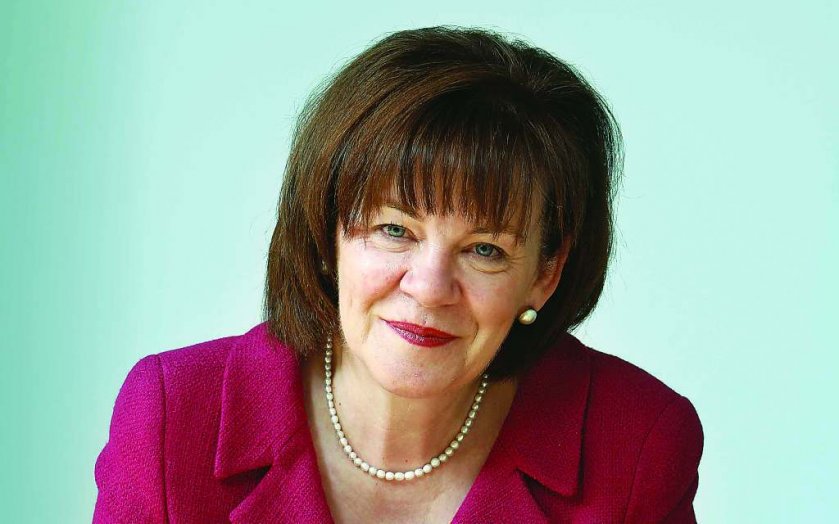 Sitting in a small office around the corner from the Bank of England, former Ofcom chair Dame Colette Bowe says that her new job barely resembles her earlier days as a regulator.

“We’re very different from being a regulator,” Bowe tells City A.M. “Regulators have statutory duties, as well as statutory powers. Regulators can say: ‘You will do it like this, or else.’”

“What we’re talking about is something that says we’re moving beyond that.”

The “we” Bowe refers to is the Banking Standards Board (BSB), a body created last year to improve standards of behaviour in the Square Mile and restore the public’s trust in financial institutions.

Bowe was appointed by Bank of England governor Mark Carney to chair the diverse board, which counts the likes of former Treasury select committee chairman Lord McFall, Institute for Fiscal Studies (IFS) director Paul Johnson, philosopher Baroness Onora O’Neill and the Bishop of Birmingham among its members.

Speaking to City A.M. last week, Bowe acknowledges that while the BSB was set up with the intention of overhauling poor practices in the City and holding financiers to a higher standard, it lacks the “teeth” of the likes of the Financial Conduct Authority (FCA). But she insists that will not stop her from bringing about change.

“We’re not in the teeth business. We don’t have statutory backing. We don’t fine people, that’s not what we do,” she says.

“Getting this right in the industry is about a lot more than just narrow compliance,” she adds.

Bowe nevertheless says she sees the BSB complementing the work of the regulators, especially when it comes to initiatives such as the Senior Managers’ Regime.

Calling the new regulations set to go into effect next year “absolutely on point”, Bowe says: “What we’re about is taking control, taking personal responsibility, accepting responsibility for what you do.”

The new rules, she says, will lead to more competent, confident and responsible City workers.

“You’ve invested in your own professional competence, you feel confident about your judgement about what’s the right thing to do, and then you do it,” Bowe says. “You don’t go to somebody else and say, ‘Is this legal?’”

THE LONG ROAD AHEAD

Bowe, who has no fixed term for her position, says that the “things that went wrong” in the banking sector “went wrong over a very long period of time” – and acknowledges that she has a long road ahead of her if she is going to make the “substantial progress” she is targeting.

“We are trying to start the journey back towards doing things right,” she says, adding. “It’s not going to happen in five minutes.

“The longest journey begins with a single step. This is a step in the right direction.”

The first step, Bowe explains, was sending letters to the chairmen of ten banks – HSBC, Lloyds, Santander, Barclays, RBS, Standard Chartered, Nationwide, Metrobank, Citigroup and Morgan Stanley – asking them to lay out what they were doing “in the area of culture and behaviour” and what indicators they were using to measure success.

All 10 chairmen replied by early October.

Meanwhile, the BSB has been holding focus groups with employees at each of the banks, asking workers what they think the culture is like at their workplaces and whether the “tone from the top” in company mission statements and credos is consistent throughout their organisations.

All of the information, Bowe says, will be compiled into individual audit reports which the BSB will start sending to directors at each of the banks next month.

Despite its operating budget being backed predominantly by Britain’s seven biggest banks, the BSB is a body accountable to the British public, Bowe insists. But the reports will not be shared beyond the boardroom.

“This is private to [the banks],” Bowe says. “This is what you told us, this is how we would assess that, this is, by the way, what your own employees are hearing, and this is some initial views that we would give you.”

Following on from the audits, the BSB plans to hold one-on-one meetings with each of the lenders, before publishing an overview report for the wider public, assessing sector-wide trends without naming individual institutions.

The board’s goal is to repeat the process annually, gradually increasing the number of banks it assesses to include challengers and other foreign banks with operations in the UK.

PR STUNT OR THE REAL DEAL?

Bowe rejects claims that the BSB is a marketing ploy for the banks. “This is not a PR exercise”.

“I would not be able to say to a member of the public, oh, it’s okay, everything's fine now,” she says. “I absolutely cannot do that.”

But she adds that the establishment of the BSB must be seen as progress in the eyes of taxpayers.

“The fact that we exist is a marker for the fact that the industry has begun this long march.”