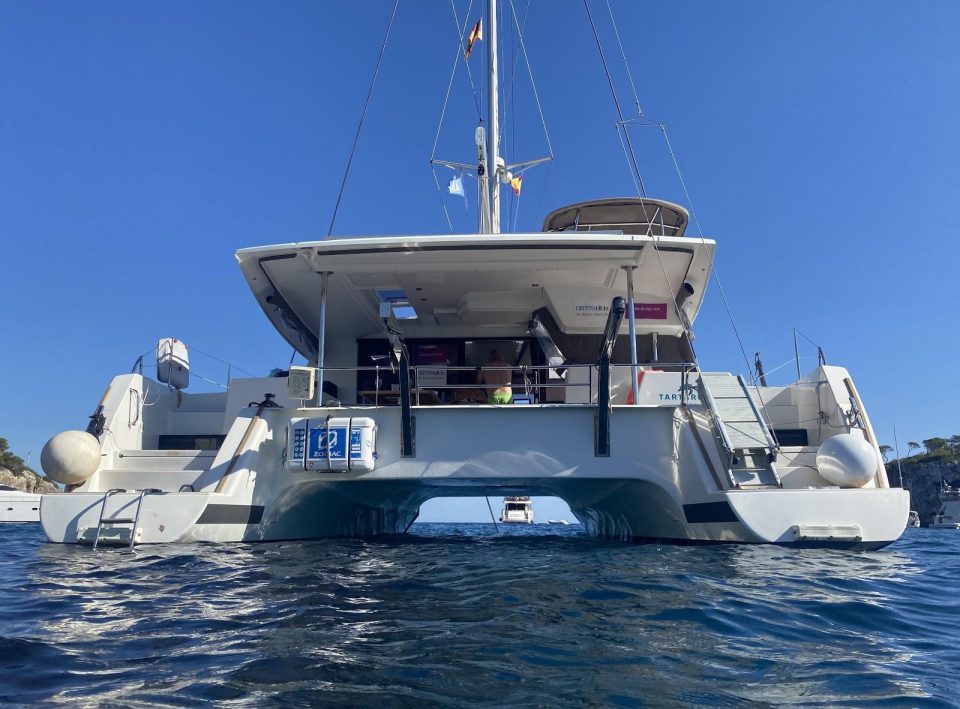 Over the course of the past nine months, we have seen many things grow: fear, uncertainty, doubt and the number of bankruptcies, especially in hospitality. I myself was impacted by this loss in business and am still working on saving the remains of a great idea that was the Craft Coin Company which still holds validity especially in COVID secure locations.

One of the few things that got significantly smaller was the number of people that were allowed to get together and mingle. Not only in the UK, but also in other countries, such as in Spain. For the “De:Central Days – The Digital Economy Convention” team, those constant changes meant re-planning and re-organising multiple times. In December everything was set-up for 2,000 visitors, in February it got reduced to 400, then in May to 100 and ultimately in late July to 12 including two organisers!

As it felt to everyone involved that we were on a quest to fight invisible adversaries and to overcome huge obstacles, it was the one and only James Bowater, who seemingly paid attention when his History teachers spoke and who then noticed the similar number of knights at King Arthur’s Roundtable, so we relabelled it ‘CryptoAM.io The Mallorca Roundtable’ with De:Central Days.

Henceforth, twelve determined souls went on the quest to venture to Mallorca, or specifically to the Marina within the Reial Club Nàutic de Palma to board the sailing boat Tartaruga and self isolate-ish in a responsible socially distanced fashion, killing any remaining viruses with copious amounts of seawater, potent liquid disinfectant and smoke sticks.

But all tragicomical joking aside, everyone who had been attending this event around digital, new economic models and disruptive tech, whole-heartedly agreed after those 4 days that the format worked. The focus was on networking, facilitating introductions and planning for life after Covid19.

Events of the past were mainly consisting of bored folks that are glued to their phones or their laptops but only occasionally pay attention to the stuff that’s happening on stage. Current events mainly consist of people with shirts on top and pyjama bottoms outside the visible area, muting themselves to occasionally faint interest. Why people still bother to show up to either of those events beats me. It must be the fear of being left out, or potentially missing the next big thing, but I tell you what, we have discovered what the next big thing is: Meaningful, personal and focussed interactions with intelligent people, who are driven by ethical values and moral integrity and who are genuinely interested in each other and what they can do to help. Help themselves, others and subsequently the entire planet.

With the dozen attendees and three more virtual visitors, we experienced alignment of ideals and the creation of ideas, as I rarely witnessed before. Our combined networks turned out to be well beyond capable to solve any single one of the issues that we discovered and discussed.

Natascha Sacher, Gaby Slezak and Dr Maxine Room CBE very capably ensured that our discussions were also inclusive and supported us in our efforts to develop solutions with as little bias, as possible. As organisers and educators with an in-depth understanding of new economic models and first-hand witnesses to the current changes in events and education they facilitated numerous conversations about the benefits of alternative delivery methods, as well as styles. 3D virtual worlds are all the rage, whether they use a centralised platform or even a decentralised one, where you can earn tokens, the tools that have been developed and could be showcased in the middle of the Med were impressive. All of us are convinced that ongoing travel restrictions and an underlying fear with many folks, will prevent us from attending bigger meetings in the foreseeable future and even if we can go again, many of us may not want to. We are currently in the process of preparing a series of virtual meet-ups that will use those technologies and are looking forward to welcoming many of you in those -free- meet-ups.

Another trend that we could identify was the increasing number of people that have been fleeing the big cities and moving somewhere sunny and nice with better air and fewer crowds. On Yavin (London), Philipp Suhner (Zurich), Martin Tietz (Berlin), or Lior Davidovitch (Tel Aviv) were just a few that like myself recently joined Reinhold, Natascha, Maxine, Gaby, Grant, or Till Kraemer in Spain and even Caty Batten came to us from Southern France via a video call. If you are analysing coins and educating virtually like On, or creating trading platforms like Philipp, or Martin, you do not need to sit in a big corner office in a major city anymore. I would argue that the 2 hours less daily commute time probably pays for the entire move within a month, or two by themselves. As a matter of fact, not a single person on that boat was a local, there was an expatriate Swiss cook, a recent immigrant from Colombia and the Roundtable members, all of which were somewhat digital nomads.

With an estimated 5 Million, a number which is growing by about 20 percent year over year, new economic models are being established, new value systems being created and the status quo is being challenged on all levels. Approximately 80% of digital nomads are not relying on states to care for them, but are investing in crypto currencies and other alternative assets. This will change insurance, as well as monetary systems in their entirety. Just think about how you are planning to KYC someone, who lives in a different country every 3 months.

Decentralised systems, coins used for bartering and crypto that establishes trust, or stores value are all foundational components to those trends, supported by virtual worlds and alternative methods of engagement. They also all have one thing in common: they are sustainable. In their essence, they support ecological improvements, economical advances and social betterment, which is how everything ties together. Both Caty’s brilliant initiative ‘intaconnected’, or Rory O’Grady’s almond.org project are accounting for this and are therefore representative of the third trend that we spent quite some time discussing: Better businesses. Young people that come into the workforce want to work in a company that cares. About them, about the planet, about values. Investors have understood that companies that are managed by directors, who care, are much more profitable and a lot less risky to invest in and regulators and states are much more likely to support those ventures. Now add grants and relieve programs and you get my drift.

Even the legal profession has seen the light and big and small players around the World are teaming up to streamline dispute resolutions by standardising and using decentralised methods for authentication, validation and value transfer. But it doesn’t matter what -tech it is, Fin, Reg, Med, or Legal everything seems to start to make much more sense.

So, despite the constant replanning and huge uncertainty the boat and its participants were filled with optimism, as the conversations were producing results and not a single challenge remained unsolved.

To develop more solutions and to help with the creation of more jobs was why we set out on this adventure and we have already started planning for a Hackathon and a virtual event later this year in addition to the virtual roundtables. So stay tuned and see you somewhere sunny soon, virtually, or for real.

Thanks very much to the original creators of the DeDays, Natascha and Reinhold, to James and CryptoAM.io for its support and connecting of people and to Philipp and his team at broker24.com for their ongoing support.