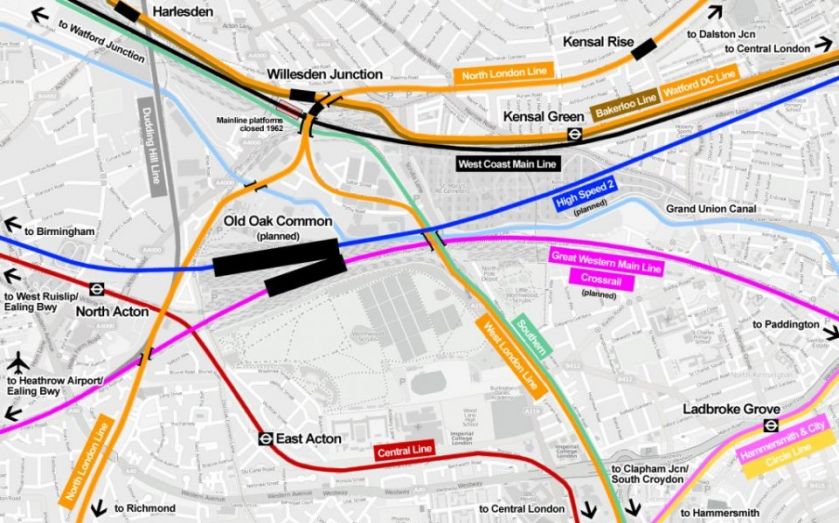 As London's population soars towards the 9m mark, it’s vital that we take every step we can to deliver the jobs and homes our growing city needs. And Old Oak Common, a once-forgotten part of west London, represents a once-in-a-lifetime chance to create a brand new piece of the capital with up to 24,000 new homes and more than 55,000 jobs. Unfortunately, our plans have been unfairly criticised, including in these pages last week.

It may be sprawling industrial land today but, by 2026, Old Oak Common will be home to a vast HS2 and Crossrail station. The new station will be the size of Waterloo, handling 250,000 passengers a day and acting as a super-hub between London and the rest of the UK, Europe and the world.
The big opportunity from HS2 is regeneration, and the mayor is determined to ensure that this opportunity is not missed. We believe that Old Oak Common and neighbouring Park Royal could supply up to 3 per cent of the Greater London housing requirement and almost 14 per cent of Greater London’s employment need up to 2031.
But regeneration on this scale will not happen by chance, and we need a single robust plan with clear direction and governance. That is why the mayor and I believe that the best way to maximise the enormous potential of Old Oak Common and neighbouring Park Royal is to set up a Mayoral Development Corporation (MDC).
Known as the Old Oak and Park Royal Development Corporation, it will squeeze every drop of potential out of this opportunity, and drive forward the delivery of the homes and jobs that London is crying out for.
Contrary to views expressed on these pages last week, this will not be “luxury housing for absentee owners” – in fact, we believe in the region of 30 per cent of homes at Old Oak Common could be affordable.
It is also untrue to say that the mayor will be overriding local interests and stacking the MDC with his allies. Both the MDC’s board and planning committee would include local councillors, and the committee would delegate certain planning applications back to the local councils. We are already working closely with local businesses, residents, landowners and councils.
We also recognise that Wormwood Scrubs is one of west London’s most loved open spaces and, through the proposed Corporation, we will be able to improve it further so local people can enjoy using it for many decades to come. Neither the mayor, nor anyone else, could make any changes to Wormwood Scrubs without the permission of its charitable trust.
The MDC will be up and running by 1 April 2015. We already have a director appointed and, at a full plenary meeting last week, the London Assembly confirmed it was happy for us to progress.
We need to create over half a million new jobs over the next few years and 1m more people will have to be housed. In fact, the mayor has already delivered 77,000 low cost homes for Londoners and is on track to deliver 100,000 over his two terms. This year alone, more affordable homes are being built than in any other year since 1981.
Old Oak Common and Park Royal certainly represent part of the solution, and we look forward to creating a new city quarter that will bring long-lasting benefits locally to London and to the country as a whole.