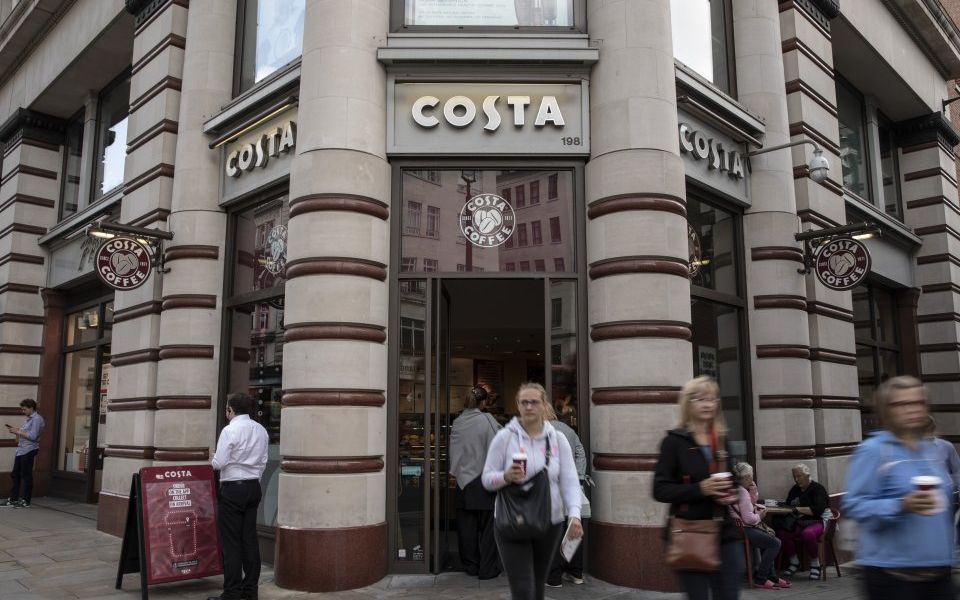 Coca-Cola is buying Britain's biggest coffee chain Costa in a deal valued at a whopping £4bn.

Following this morning's surprise announcement, City analysts were quick to react. The high price paid, the opportunities for expansion, and the future of Whitbread all came under the microscope. Here's a few of the talking points.

A coffee battle is brewing

"For Coca-Cola, this move represents a possibility to sell a new growth story to their shareholders, with the firm likely to expand the brand throughout the world, says Joshua Mahoney, market analyst at IG Group. "With their incredible distribution network already well established, there is a good chance we will see Costa-branded products on sale everywhere as Coca-Cola aim to take on Starbucks’ dominance."

Meanwhile Moody's vice president Stanislas Duquesnoy said of Pret's new owner JAB Holdings: “Coca-Cola’s acquisition of Costa will heat up competition in the ready-to-drink coffee market, but JAB already has a strong footprint in retail coffee and remains a clear market leader by some margin.”

Howard Wheeldon, of Wheeldon Strategic Advisory, suspects that "within ten years Costa will be a household name internationally", but wonders about the future of British business.

"So be it, another well-known name falls into foreign hands and no one is about to care over here. Time for another entrepreneur to start a new competing chain of coffee shops perhaps?"

"It would appear that the US business, like a lot of its peers, is looking to diversify away from its core business of sugary drinks, an area that has been increasingly attracting government ire due to a rising global obesity problem, notes Michael Hewson, chief market analyst at CMC.

He adds: "Coca-Cola’s sector peer Pepsico has already gone down the Sodastream route and it would appear that Coca-Cola is branching out slightly differently into the extremely competitive coffee market, where it is hoped that Coca-Cola’s brand, as well as its marketing might will help maintain the Costa brand's market share."

Activists are still stirring things up

Russ Mould, AJ Bell investment director, said: “Coming so soon after BHP Billiton’s decision to sell its US onshore shale assets (after pressure from Elliott) and John Menzies’ disposal of its newspaper distribution business (after stake building by Germany’s Shareholder Value Management and Switzerland’s Lakestreet), this raises the question of which British firms may be next to find an activist investor as a shareholder."

Time to mug Premier Inn off?

Analysts at Canaccord Genuity said that Whitbread still had a strong investment case, but that it should sell off its other major brand Premier Inn rather than spinning it out. "Premier Inn should not exist as a standalone company, in our view, and should be swallowed up by the likes of IHG, Marriott or Accor operating in concert with a property investor to split the property from operations – one slip and it could be gone."

It's a latte money

"It’s worth bearing in mind exactly what Whitbread has achieved with the brand," comments Hargreaves Lansdown equity analyst Nicholas Hyett. "Having bought Costa’s 39 stores for £19m in 1995, the sale price represents a compound annual growth rate of around 25 per cent. Delivering that over a 24 year period is hugely impressive and represents incredible value creation for shareholders."

Time to get back to the grind

Coca-Cola can't rest on its laurels, says LGB Corporate Finance managing director Angus Grierson. "Coca-Cola will have its work cut out to appeal to the coffee-savvy consumer, especially with the uncertainly and added pressures associated with Brexit and consumer spending.

"The UK’s coffee market is expected to hit £13bn by 2022, and while increasingly lucrative, the industry remains fragmented due to the increasing number of specialised artisanal chains catering to the more discerning and less brand-centric consumer, offering healthier food, differentiated products and an atmosphere to match."