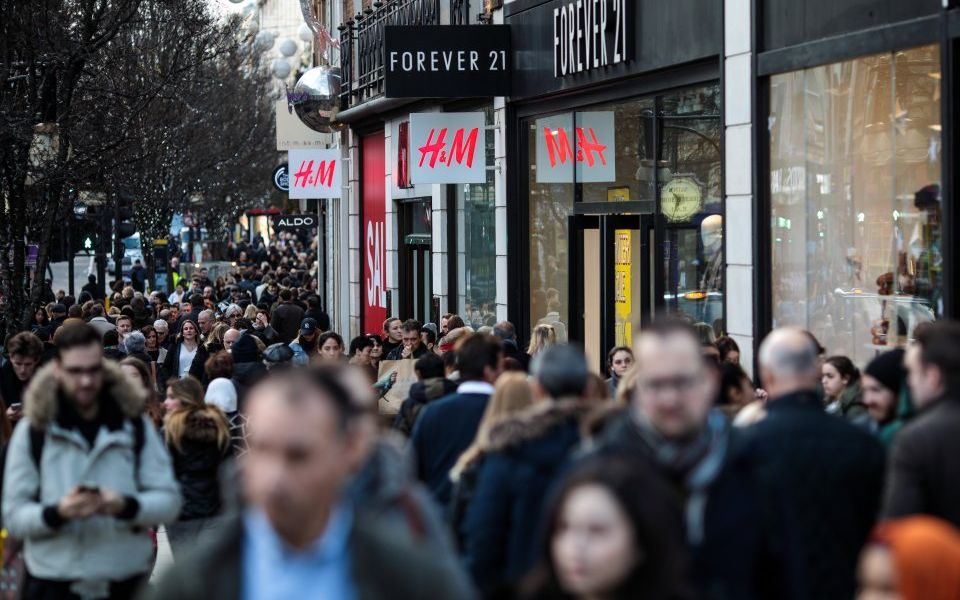 UK consumers reported an improvement in their personal finances and more positive outlook for the year ahead in May, according to the monthly survey by market researchers GfK.

The economy has continued to grow slightly thanks to solid demand from households, despite businesses pausing any major investments as they await the latest in the Brexit saga, with the UK currently set to leave the EU on October 31 and the Prime Minister set to oversee that, currently unknown.

Read more: Philip Green must stump up another £50m to save Arcadia

GfK's consumer sentiment index rose from -13 in April to -10 in May, its highest since September last year, beating forecasts from a poll conducted by Reuters.

The firm did warn that further gains would likely be limited, though, while the UK's future in the European Union remained shrouded in doubt.

“Consumers will need to be convinced in heart, head and wallet that Brexit’s murkiness has finally come to an end,” GfK executive Joe Staton said.

The data collected by the market researcher revealed that there was a big difference between households' positive assessment of their own finances, thanks to rising wage growth and high employment levels, but the outlook for the wider economy was a lot more pessimistic.

Separate figures from Lloyds Bank highlighted that the six-month delay to Brexit announced in April had only offered a temporary boost to business morale, with the its barometer for monthly business sinking from +14 in April to +10 for May – its first fall in three months.

“A slight dip in confidence this month appears largely to reflect companies’ assessment of their own trading prospects for the coming year, and the anticipated impact of the UK leaving the EU,” Lloyds Bank economist Hann-Ju Ho said.