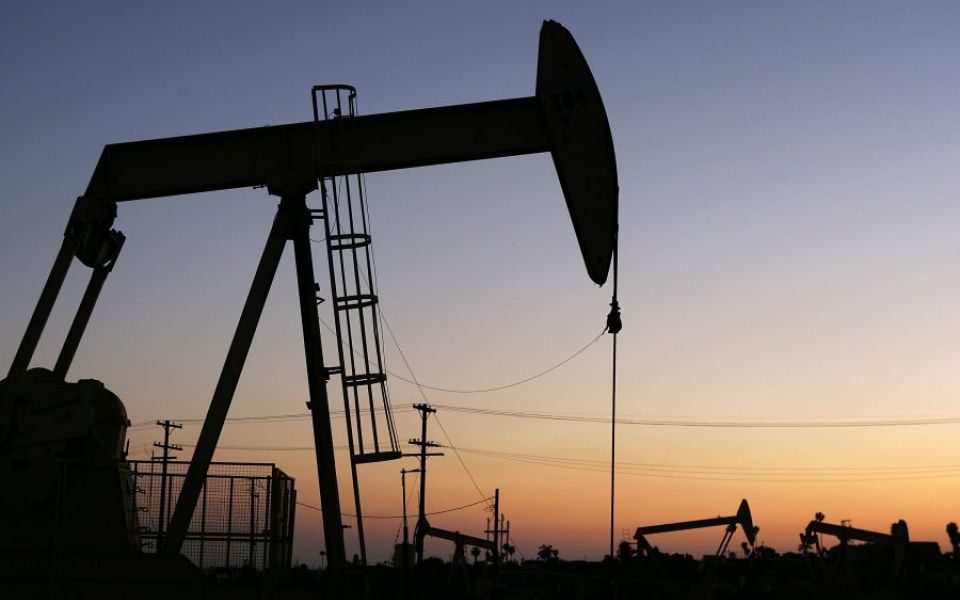 The US withdrawal from the Iran nuclear deal saw Washington place new sanctions on the OPEC member, and crude surged to four-year highs on expectations of a significant reduction to the global supply. Brent hit $86.75 per barrel and West Texas Intermediate (WTI) peaked at $76.41. All the talk was of $100 Brent again.

However, the Trump administration granted waivers to eight key Iranian oil buyers, and the markets quickly moved to undo their overconfidence. Crude tumbled below the year’s starting levels towards the end of November. Brent ended the year around $60, while WTI floated just above the $50 mark.

Fears of global slowdown to keep pressure on crude oil

The final few weeks of 2018 saw markets in risk-off mode as concerns grew over the health of the global economy. The start of 2019 has been little different.

November’s US nonfarm payrolls report printed significantly below-forecast at 155,000 and wages posted a softer-than-expected rise, despite the pace of pay growth being its fastest in nearly a decade. In China, PMIs from September onwards showed a virtually stagnant manufacturing sector, while inflation data for November showed the first decrease in consumer prices in five months. China’s latest Caixin PMI showed the first contraction in factory output in 19 months.

Meanwhile, Germany and Japan saw their economies contract during the third quarter. Japan recorded annualised growth of -2.5 per cent.

At the end of 2018 China reported a record month for oil imports, breaching the 10 million barrel per day threshold for the first time. But with weakening global growth would come softer demand for crude oil. Ironically, strong oil is a threat to global growth as well, as it becomes less affordable, particularly for developing economies.

This could help precious metals to recover more of their 2018 losses. Market uncertainty could fuel a route to quality that pushes gold further, especially now that it seems the yellow metal bottomed out in August.

Like gold, silver recorded its best 2018 levels in February, but the sell-off only appeared to end in November, and silver ended the year down around 17 per cent from its highs. Soft commodities may struggle, although losses for soybean could be moderated by a relaxing of trade restrictions between the US and China.

OPEC and some of its allies, including Russia, agreed to a combined production cut of 1.2 million barrels of oil per day at its December meeting. However, its latest forecast is that demand for oil in 2019 will be around 1.2 million barrels per day less than seen in 2018. At the end of last year OPEC itself was producing 1.53 million bpd more than that.

In its final report of 2018, OPEC observes: ‘Rising trade tensions, monetary tightening and geopolitical challenges are among the issues that skew economic risks even further to the downside in 2019. The upside appears limited.’

And as OPEC cuts its own output rival US shale producers ramp up theirs. The initial OPEC cuts that pushed oil prices up from its sub-$30 lows in 2016 drew US companies back into the market.

Rigs and refineries that had been shut down were reopened and US production continues to hit new record highs. Worryingly, Russia too has ramped production in 2018 to a record high. Nigeria and Iraq are also opening the taps. The question is whether the OPEC deal can hold? Meanwhile as supply constraints in the Permian basin loosen through the course of 2019, more US shale should come onto the wider market. This could keep serious pressure on prices throughout 2019. OPEC and its allies may be forced to do more still.