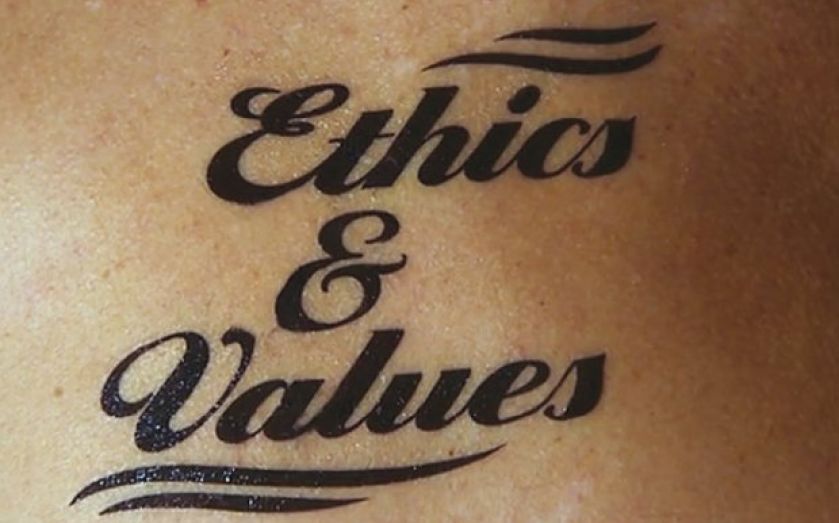 The Co-op Bank is launching a new series of adverts aimed at rebuilding its brand as an ethical lender, starting on TV tonight. Its reputation took a blow last year when it was bailed out by hedge fund investors. The Co-op Bank is thought to have been one of the losers of the seven-day current account switching scheme, which makes it easier for customers to leave a bank they are not happy with. But this new campaign indicates the bank is now confident enough in its finances to spend £5.5m on a new campaign, to try to bolster support among existing customers and win over new markets. “This is a little bit different to the usual banking ad that shows a family and a dog and an APR,” chief executive Niall Booker told City A.M. “It is a bit edgier, and might attract a slightly younger audience. People go through a lot of pain to get a tattoo, and it is a sign of their beliefs – this shows how mean – ingful ethics and values are to us.” However, the advert does not mention financial stability, focus – ing instead on the ethical differ ence between the Co-op and other banks.