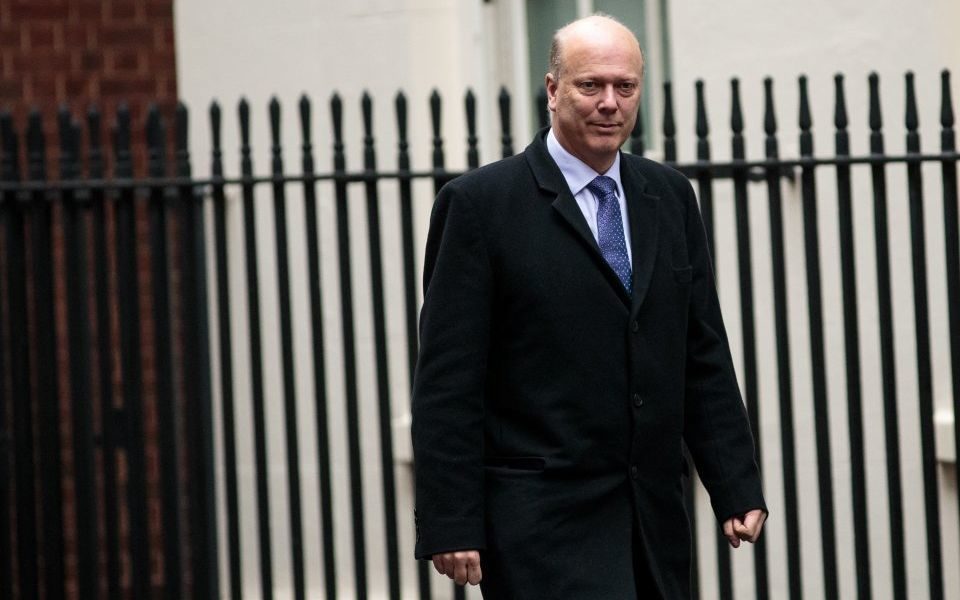 Transport secretary Chris Grayling has said the blame will lie with Brussels if the UK crashes out of the EU without a deal on 29 March.

The Cabinet minister said the UK government had done all it could to secure an agreement and that it would be down to the EU's failure to compromise me if a deal was not agreed in time.

"We want to work with the EU to reach a deal but if they are not prepared to do that – they will have to take responsibility that we are heading towards a no-deal exit.

Grayling's comments come as Theresa May prepares to head to Brussels to barter with the EU on the Irish backstop, the insurance policy that will guarantee there is no hard border in Northern Ireland.

Read more: May travels to Northern Ireland to warn of 'concerning time' over Brexit

The Prime Minister's trip to Brussels was prompted by MPs' backing for an amendment to her deal that was tabled by Sir Graham Brady, which called for "alternative arrangements" to the backstop to be found.

The EU has repeatedly said that the backstop is an essential part of the withdrawal agreement that is not up for negotiation.

Grayling's comments were echoed by the leader of the Democratic Unionist Party (DUP) Arlene Foster, who said the "intransigence" of the EU and Ireland towards the backstop could lead to political instability.

Foster told the BBC: "The current backstop as I’ve said all along is toxic to those of us living in Northern Ireland and indeed for unionists right across the United Kingdom because it would cause the break up of the United Kingdom into the medium and longer term."

Foster said MPs' decision to back the Brady amendment had given May a "clear mandate" to go back to the Brussels to solve the issue of the backstop.

The transport secretary also intervened on Nissan's decision to move the production of its X-Trail SUV model from its Sunderland plant to Japan, saying it was more to do with the drop in demand for diesel vehicles in Europe than Brexit.

Read more: EU imports will not be subject to extra checks in no-deal Brexit, says HMRC

"Obviously I’m very disappointed by Nissan’s decision, " he said. "But it’s clear that this has much more to do with the diesel car market than Brexit. Their statement of continuing commitment to the UK, whatever the outcome of the Brexit negotiations, is welcome."

Nissan itself said that while it had taken the decision for "business reasons", "the continued uncertainty around the UK's future relationship with the EU is not helping companies like ours to plan for the future".