Chinese renminbi set for another weekly fall on trade tensions 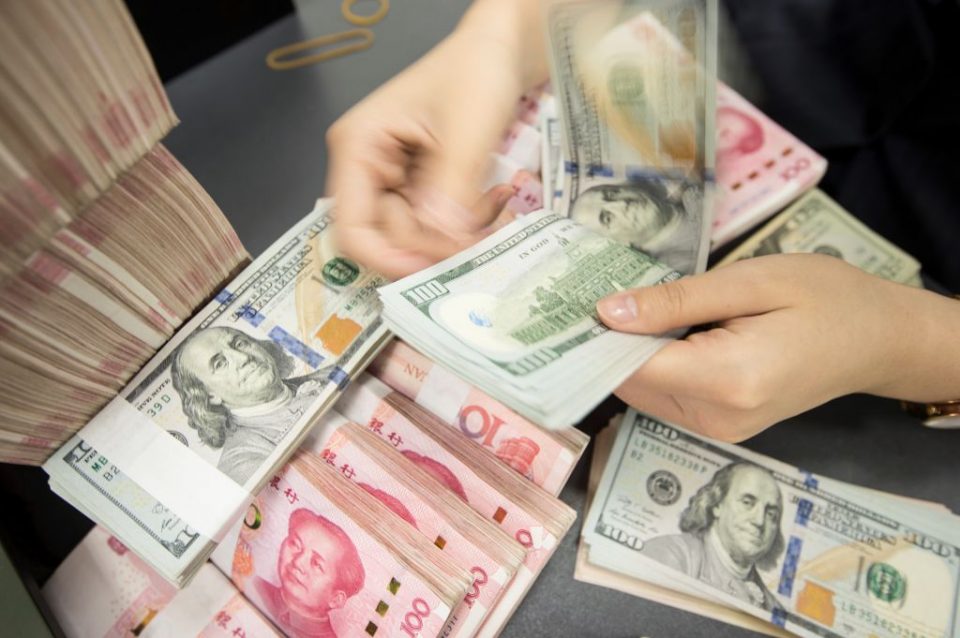 China’s currency the renminbi is broadly flat against the dollar this morning, but is on course to have fallen for three of the last four weeks.

The tumbling currency will likely anger US President Donald Trump, whose administration officially accused Beijing of currency manipulation when the currency fell to the seven-per-dollar level at the start of the month.

One dollar bought 7.079 yuan, the unit of the renminbi, at 11am UK time. This was slightly up from an earlier low of 7.099, a level not seen since the financial crisis over 11 years ago.

The renminbi is allowed to trade two per cent either side of a band set by Beijing. It has fallen by 2.6 per cent since Trump announced the US would slap 10 per cent tariffs on $300bn of Chinese goods, meaning almost all Chinese exports to the US would be tariffs.

Yet the People’s Bank of China set a higher midpoint than traders had expected today, at 7.0572, although this was still the lowest for over 11 years. It is a sign that it is keen to stem the currency’s decline.

Aside from angering Trump, the renminbi’s slide has caused investors to sell other emerging market (em) currencies such as the South African rand and Indian rupee.

“Our tracker suggests that EMs experienced net capital outflows of about $10bn [£8.2bn] in July,” he said. “But outflows probably became larger in August.”

“The Chinese authorities’ decision to let the renminbi fall through 7/$ earlier this month amid an escalation of the trade war probably led to an acceleration of outflows.”