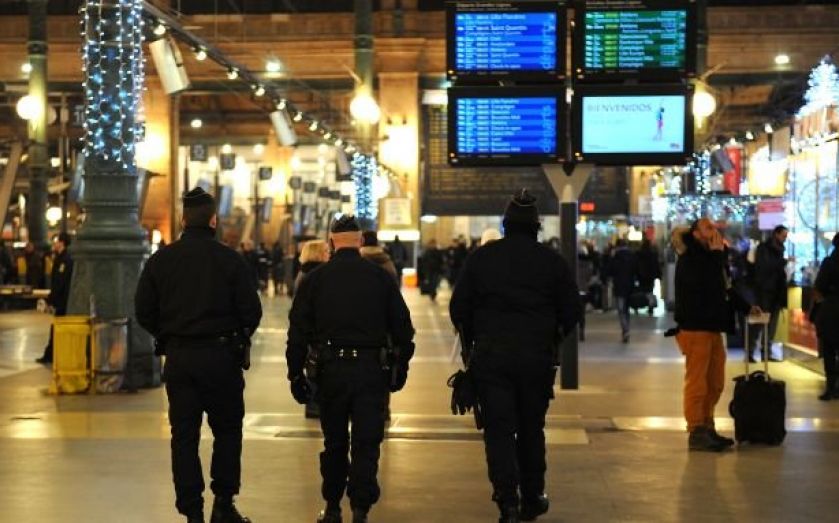 Security checks have been ramped up for people entering the UK, following two attacks in Paris that have left 13 people dead.
Checks at the Parisian station Gare du Nord have been tightened for people getting the Eurostar, while vehicle checks at Calais and other ports have been “enhanced” a government spokesman told City A.M.
The UK's terror threat remains severe – the level it was raised to in August – following an emergency Cobra meeting this morning.
Home secretary Theresa May said: "Following the attacks, we took the precautionary step yesterday of increasing security at the French/UK border. The UK threat level – which is set by the independent Joint Terrorism Analysis Centre, JTAC – remains at severe.
“That means that a terrorist attack is 'highly likely' and the public should remain vigilant. And this morning I chaired Cobra to consider Britain's response to the attacks and our own preparedness for a similar attack."
Two of the three suspects involved in the Charlie Hebdo shootings, in which 12 people were killed, are still on the run. Separately a lone gunman who shot and killed a female police officer this morning is also thought to be at large.
British officials were “in close contact with their French counterparts” she added. “We have offered France every assistance necessary, including the full cooperation of our police and Security and Intelligence Agencies.”
She went on to condemn the attacks as “cowardly”, saying they were “a reminder of the very serious threat we face from terrorism.”
May added: "In deliberately targeting and murdering journalists, the terrorists were attacking freedom and democracy. And in murdering police officers, they attacked the people who risk their own safety every day to protect us and our way of life.
"People from all faiths and walks of life have expressed their disgust at the events that took place in Paris. I want to reiterate our commitment to standing with the French people against terror. And the thoughts and prayers of all of us are with the families, friends and colleagues of the victims."