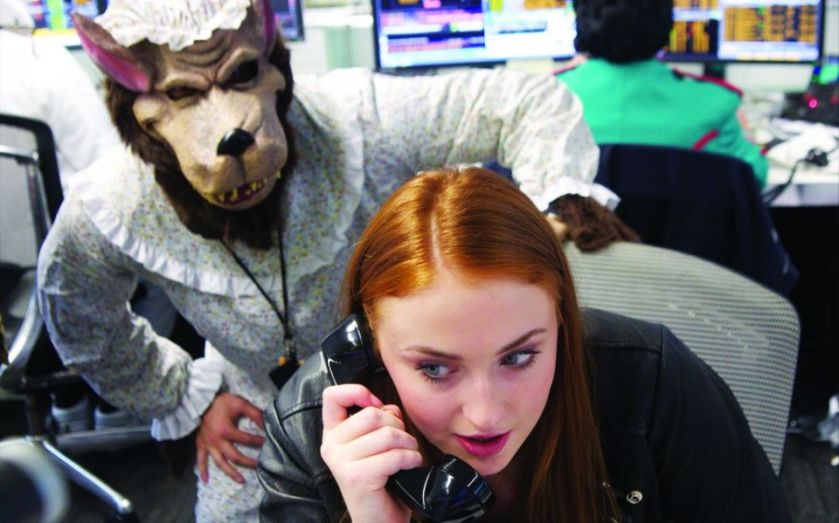 Bloomberg's agency brokerage Tradebook opened its Finsbury Square doors to a host of unlikely characters yesterday for its annual charity trading day.
With an aim to raise over $1m for charities such as Great Ormond Street Hospital and Children in Crisis, employees came in full fancy dress and helped well-known faces such as Princess Beatrice of York, DJ Sara Cox, Channel 4’s Krishnan Guru-Murthy and actor Alex MacQueen make some trades. Tradebook’s EMEA head of sales David Masullo was probably most pleased to see Game of Thrones (GOT) star Sophie Turner (aka Sansa Stark). “I’m not ashamed, I’ve seen all episodes – I’m deep in the weeds,” he told The Capitalist.

Turner hit the phones with the aim of making trades, but the broker on the end of the line just wanted to know about GOT plot lines. “I can’t tell you that!” we heard her say. “Phew hard day at the office,” she laughed having made her first transaction.
Meanwhile, Children in Crisis trustee and City high-flyer Julia Streets of Streets Consulting was enjoying the frivolity.
“Someone walked up to me dressed as a banana at 8.30 this morning – I thought, ‘I need a coffee for this!’ Brilliant fun,” she laughed.

Princess Beatrice had a go at trading