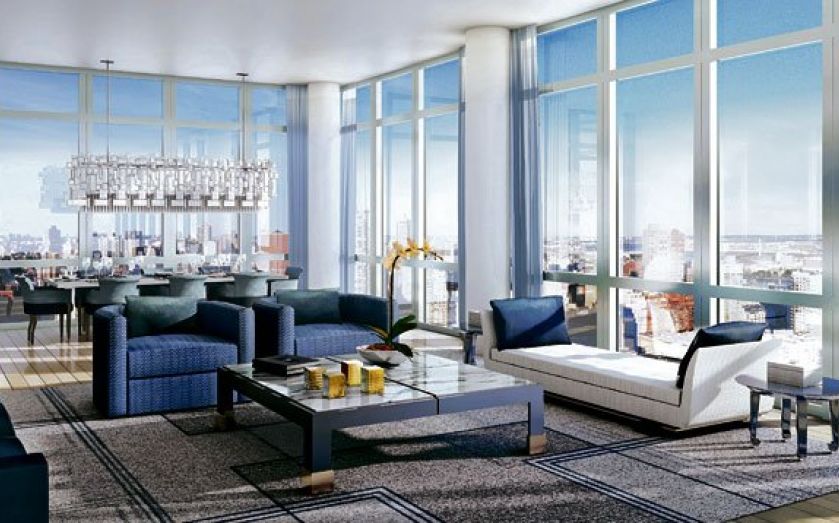 In a corner of the Upper East Side of Manhattan, there is a tower that is an homage to quintessential European elegance. The Charles, named for its connotations of quality and regality, stands on First Avenue and 72nd Street, in among international schools, and five star hotels, with Central Park to the west.

Each apartment in the 32-floor building occupies an entire floor – a first in New York City. Another first for the Big Apple is the arrival of David Collins Studio, the 28-year-old British architectural and interior design practice responsible for The Wolseley, The Connaught, Claridges, Nobu and One Canada Square to name a few. It has designed for private clients in New York before but this is its first major development – thanks, in part, to a recommendation by Madonna, who is a big fan of the firm’s classic style. The financial crisis delayed the project by around two years, during which company founder David Collins passed away, but his aim of bringing classical European architecture to New York has now been realised.

The result is a collection of light-filled, four bedroom residences, measuring between 3,107sqft to 4,358sqft, with high ceilings and bespoke, art deco-inspired furnishings. The studio is known for its methodical use of symmetry, employing geometric shapes and patterns to complement the proportions of the rooms. The colour scheme is distinctive for its complicated layering of blues, purples, and greys which help to create a sense of calm and serenity.

“We just had to forget that these places were in a tower and design a house that’s an extension of the sky,” says creative director Simon Rawlings. “People love living in big cities like Manhattan but you do need to escape.”

Four bedroom homes at The Charles are available from approximately $6.58m on the ninth floor to $9.88m on the 24th Floor. Visit charlesnyc.com or davidcollins.com