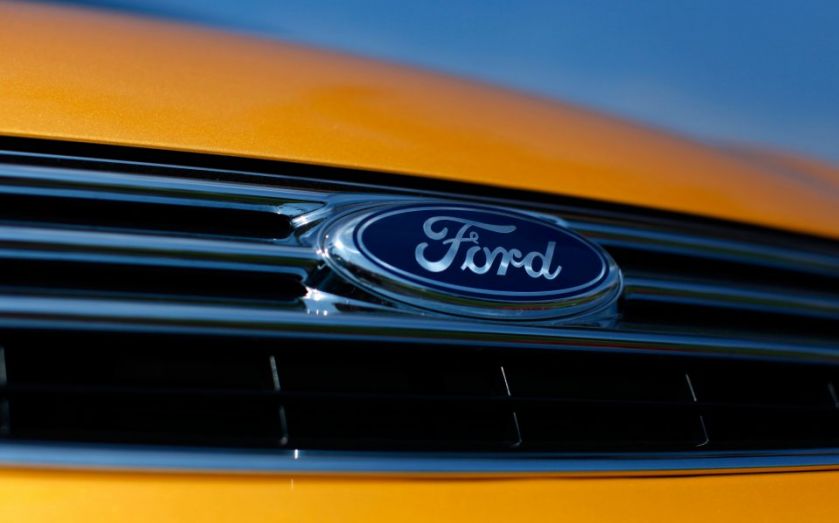 BRITS bought seven per cent more new cars in November than they did a year ago, industry figures showed yesterday, in the latest sign that the car market is racing.

New car registrations rose to 159,581 units in the month, according to the Society of Motor Manufacturers and Traders.

The pace accelerated from a four per cent year-on-year jump in October, and the SMMT said this was the best November performance since 2004. 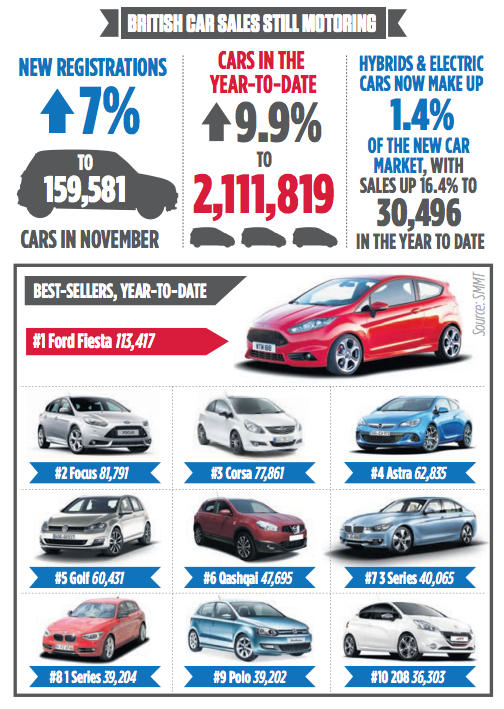 “With the UK economy looking increasingly positive, we can expect strong underlying demand for new cars to continue into 2014, with volumes set to match or surpass those seen this year,” said Mike Hawes, SMMT chief executive.

Fleet sales also improved, rising 3.5 per cent on last year to almost 80,000, while business sales increased 3.1 per cent to 6,733, pointing to an uptick in spending on company cars and vans.

“The 21st consecutive monthly increase in new car registrations underlines the continuing strength of the UK market, despite some expectations that November’s sales would slow down as we enter the winter months,” said Richard Lowe, head of retail and wholesale at Barclays.

“Some stabilisation in the coming months would be welcome in order to prevent the market from overheating.”

The Ford Fiesta kept its title as the best-selling car for another month as well as in the year to date.