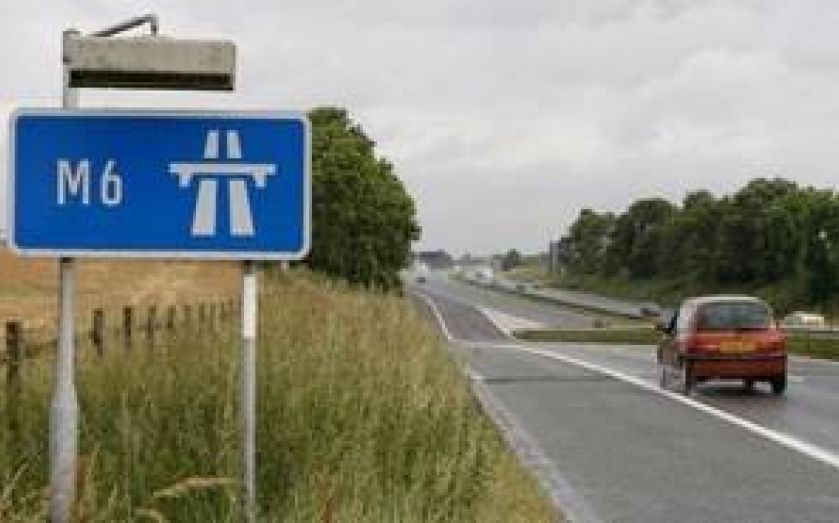 ROAD PRICING and greater use of toll roads could become a reality as the government seeks to find ways to entice the private sector to invest more in infrastructure. David Cameron will today launch a new study into the financing and ownership of Britain’s roads, arguing the country “urgently” needs “to repair the decades-long degradation of our national infrastructure”. He will call for privately built roads but insist there will be no tolls on existing roads. The National Association of Pension Funds is already working with the government to find a suitable model to tempt its members to invest some of their £800bn of assets in infrastructure – the long-term nature of such investment could provide a steady income stream matching pension funds’ liabilities. The Prime Minister is speaking two days ahead of the budget, which is set to see the threshold at which workers start paying income tax raised more quickly than previously planned. Speculation was also widespread last night that the 50p top rate of income tax will be lowered to 45p. And chancellor George Osborne said yesterday that Sunday trading hours will temporarily be relaxed during the Olympic Games to make the most of the influx of visitors to London. Reacting to this morning’s announcement, The Institution of Civil Engineers welcomed Cameron’s plan for increased investment as “further evidence of Government’s commitment to infrastructure forming a central plank of the plan for growth.” Cameron will claim his government has “worked hard to protect capital spending,” but that the public sector does not have the cash to spare on more projects. In an effort to boost revenues, the chancellor will also announce on Wednesday the introduction of a general anti-abuse rule (GAAR), preventing firms or individuals creating aggressive schemes to dodge taxes. A government-commissioned report from Graeme Aaronson QC, published in November, argued that such a rule would deter “contrived and artificial schemes” which “make a mockery of the will of parliament,” boosting the economy by creating a level playing field for all businesses and making the tax system more predictable. The Treasury is also taking on the assets of the Post Office’s pension scheme, which will add around £28bn to the government’s balance sheets and appear to make a sizeable dent in the year’s fiscal deficit. However, official accounting methods rules do not include the liabilities on the other side of the balance sheet, which amount to over £30bn in future pension payouts. As a result, George Osborne is expected to resist any pressure to spend the apparent windfall, as the pension fund as a whole is in a large deficit which the Treasury will have to pay for in the future.