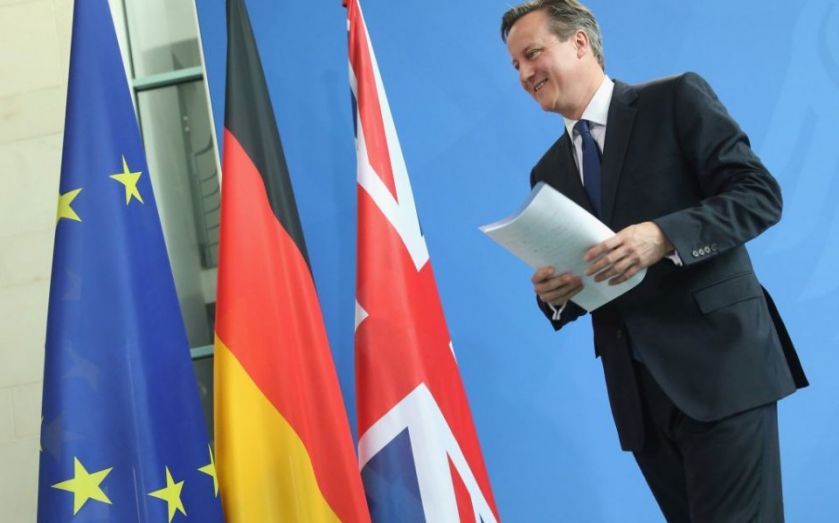 As the Prime Minister jets from one European capital to another, seeking support for Britain’s EU reform agenda, the issues on the table are many and varied, ranging from the benefit entitlements of immigrants to the protection of the City of London. But amid all the detail, there is one overriding issue on which the Prime Minister cannot compromise.

The starting point for the UK to be satisfied with its position in the EU is either the end of the EU’s ambition for “ever closer union”, or the ability of the UK, perhaps joined by some other countries, to “unsubscribe” from this objective, while others are at liberty to continue to pursue it.

If “ever closer union” were abandoned as an objective, the consequences would be serious. Gone would be all pretensions to the United States of Europe. The idea would have to be to return Europe to a continent of competing nation states, albeit under a close association of friendship and cooperation. Essentially, Europe would be renationalised.

As it happens, it is not only the British who want the end of “ever closer union”. In June 2013, the Dutch government said: “The Netherlands is convinced that the time of an ‘ever closer union’ in every possible policy area is behind us.” The ruling party in the Netherlands said in the autumn of 2013 that it would like to see “whole policy areas” returned to national governments, and it has called for ways to overturn or challenge rulings by the European Court of Justice.

That said, it will surely not be possible to persuade the EU as a whole to shed this objective. So Britain’s aim must be to get a relationship where the UK can get off this conveyor belt, while seeking to get through some fundamental reforms of the EU as it stands.

Is fundamental reform of the EU possible? It must be remembered that it has changed dramatically in the last 50 years. When the Delors Commission came out in 1985 with a blueprint for the Single Market, cynics were dismissive. Although it is not perfect, the Single Market now exists. Even the Common Agricultural Policy has been radically reformed, with the result that subsidies are no longer linked to production (which resulted in “butter mountains” and “wine lakes”), but are instead related to the area cultivated. So if the EU has managed to make these radical changes in the past, why can’t it reform itself now?

There are some grounds for optimism. But it must be recognised that on the continent there is considerable frustration with Britain. The German Chancellor fears that, if countries are able to “cherry pick” which bits of the EU they would like and which they would not, the whole edifice could unravel. In November 2013, Gerhard Schröder, Germany’s Chancellor before Merkel, blamed Britain for the Eurozone financial crisis and for blocking EU measures designed to sort matters out. He said:

“The problem has a name and that’s Britain. As long as the British block these moves, nothing will happen… We can be sure that Britain is no longer willing to join the euro area. Countries that are not in the euro area cannot prevent greater integration… It’s tough but you cannot say: ‘I will not be there but I want a say.’”

The UK has more chance of getting through reforms that do not need treaty change, not least because such changes have to be ratified by national parliaments and in some cases by referendums. Several countries, most notably France, are fearful that the EU is now so unpopular that they would not get a new treaty approved in a referendum. The trouble is that a reform package that did not require treaty changes would be unable to satisfy the demands of eurosceptics, in both the Conservative Party and the country at large.

So, over the next year or so, an elaborate game will be played out. Continental leaders will probably aim to give David Cameron as much as they can without fundamentally changing the EU and without requiring treaty change. Then, in all probability, Cameron will present a case to the British people that he has achieved a transformation of the UK’s relationship with the EU. Could they both be right?