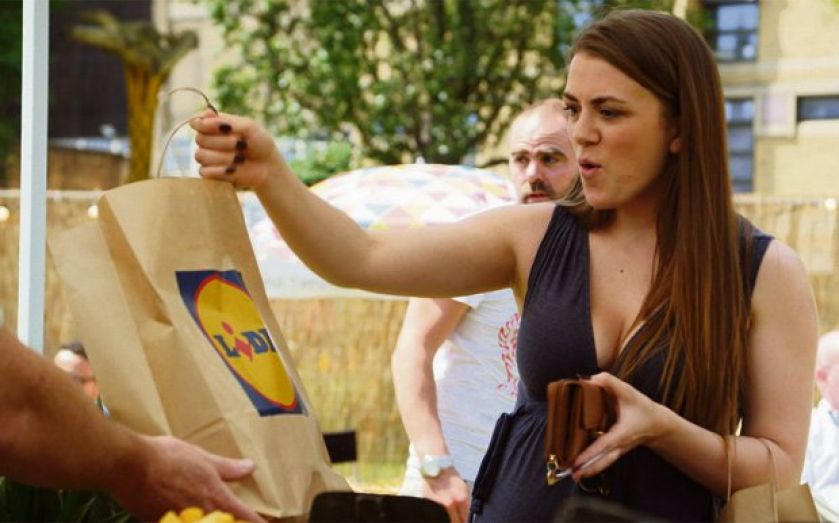 The ad, unveiled last night at the Victoria & Albert Museum, shows shoppers trying products at an East End market, only to find out that they were from Lidl.

Data from Kantar yesterday showed its sales had grown 18.3 per cent in the past 12 weeks and that it kept its record market share of 3.6 per cent.

The announcement came as Lidl said it expected sales to top £4bn by the end of the 2014 financial year. It plans to create 2,500 jobs over the next nine months as part of a £220m expansion in the UK.

Lidl’s UK managing director Ronny Gottschlich said the company had been “too self contained” and needed to engage more with British shoppers, who preferred a “softer” approach to shopping than Germans.

He also noted that 65 per cent of produce on sale was British: “We are British and we are local but we are also exporting £1bn of British produce overseas.”

The ad campaign is being masterminded by London-based TBWA, chaired by Peter Souter, who is also the agency’s chief creative officer. Its other clients include Addidas, Nissan, BNY Mellon and the Labour party.