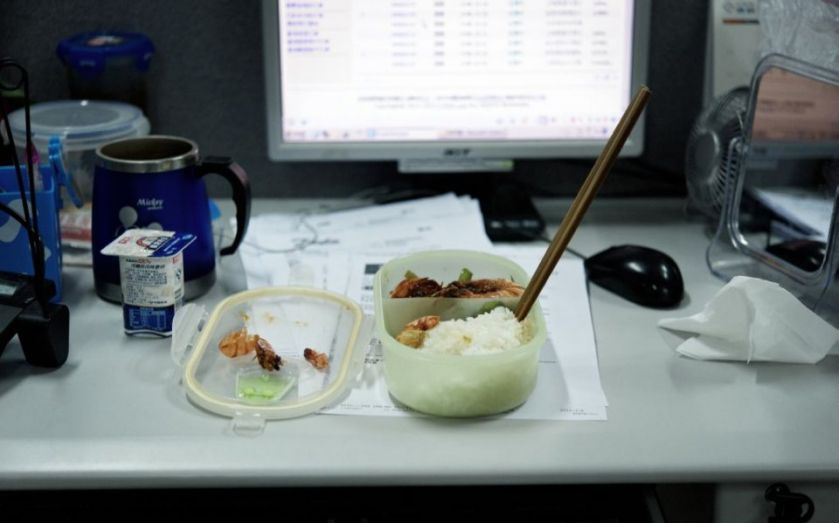 It could be argued, in a city where there's a Pret or Starbucks on every corner, we've already reached peak café.

But Caffix, on Newman Street in Fitzrovia, is differentiating itself by pricing every single item at just £1.

Customers can grab breakfast snacks such as porridge, pastries and yoghurts as well as lunch items like sandwiches, baguettes, noodle salads and quinoa.

And unlike other £1 retailers – such as Poundland or Poundworld where you can pick up bumper-sized packets of crisps or fistloads of chocolates at bargain prices – its goods are fresh and homemade.

"I would like to stress, that low price does not mean cheap, these are two different things. We are low priced, we are certainly not cheap," Caffix told City AM.

And on how they're able offer food items at such low prices: "We are experienced in the industry, have great supplier relations and accept lower profit margins".

Caffix also revealed that the inspiration behind its new pricing format was the high prices charged by a number of independent cafés – as well as bigger chains – across the capital.

"We realised that the trend in London and elsewhere in the UK is to set up coffee shops under the 'artisan' theme, and charge a high price," Caffix said.

"The quality is undisputedly high, but the question is whether it is high enough to warrant the prices, e.g £6-7 a salad, £4-5 a sandwich, upwards of £2.50 for a coffee or tea."

"And the big chains are no different either, as most of our facebook and Twitter followers have testified that the equivalent at a big name brand costs them £7-8 a day."

"So we thought we could do something different."

There's some good news for anyone hoping a similarly priced café will be opening near their office soon – it said they're working on an expansion plan to grow Caffix.

Good morning London. Nothing better than a fresh apple ginger and lemon juice and coffee to shake off the sleep pic.twitter.com/8WUtO6mSbE

Fridges almost full with our fantastic food just prepared from our kitchen downstairs. Too early for lunch? pic.twitter.com/pMXeaWxgp3