Ambitious British small and medium-sized enterprises (SMEs) are taking advantage of the post-Brexit climate by exporting more than ever, according to research from Enterprise Nation.

One in five SMEs are now exporting, and out of those who started to do so in the last six months, 91 per cent expect to grow in the next six.

As far as exports to a single nation go, the US trumps even our biggest EU partners. They import more British goods than any other country, representing just under 15 per cent of total UK exports in 2015.

SMEs concerned about our future relationship with the EU should remember our so-called “Special Relationship” with the US. We share more than just language and heritage with our American cousins. The sheer size and vast cultural disparity of the country make the US market a compelling place for enterprising British SMEs.

The US accounts for almost 30 per cent of the world’s consumer market, with consumer spending of approximately $10 trillion. It is the number one market for households with annual disposable income of over $300,000, making it the top destination in the world for luxury goods.

American businesses often thirst after British products, perceiving them to be of high prestige – the market is ripe – but what do SMEs need to know before taking a dip across the pond?

The trade show culture in the US is far more entrenched than in the UK, and attending them is a good way to meet industry representatives, buyers, suppliers – and potential partners. You may feel like a travelling salesman, but it’s worth going to several shows across different states to demonstrate your commitment, to make yourself familiar, and to build personal relationships.

Clearly you can’t go to every state, and doing so would be futile anyhow. When attempting to get your product noticed by American buyers, it’s worth bearing in mind the cultural differences from one state to the next – what may sell in one won’t necessarily sell in another.

Emma Jones, founder of Enterprise Nation, says that “the help you need to export to the US is now much more affordable and accessible for smaller firms. Finding contacts, partners and distributors that can help you target specific states and markets with your product is essential, but so is getting out there and getting a feel for the supply chain in person.” 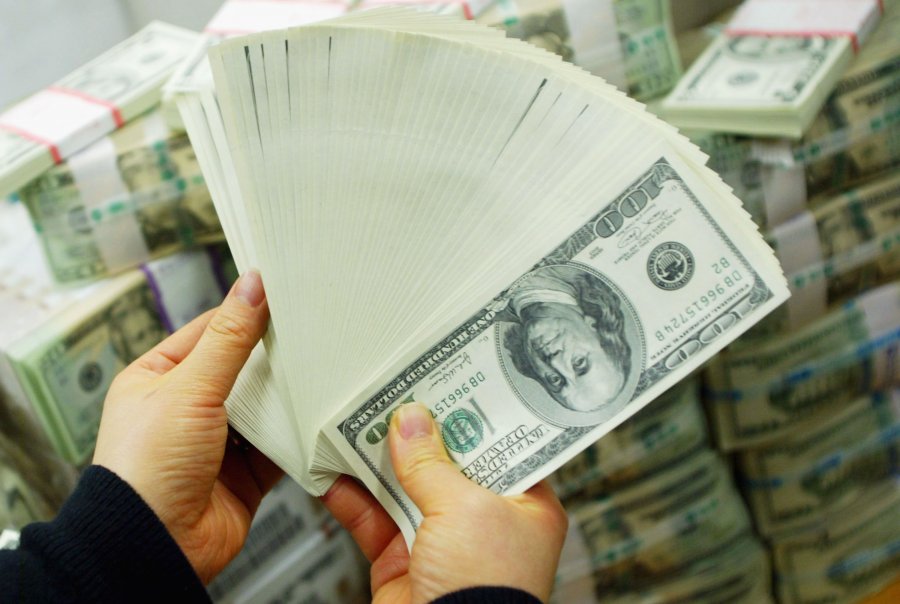 The adjustment in USD/GBP has been beneficial to UK exporter's volumes (Source: Getty)

The drop in the value of sterling against the dollar since 23 June has benefited savvy British exporters taking advantage of the demand for discounted British goods.

Claire Burrows, founder of footwear manufacturer Air & Grace, has noticed an uptick in orders since sterling hit lows after the referendum. “I’m definitely getting more international orders on the website,” she says. “Pre-Brexit I was going to add the option to pay in different currencies. I’ve put that on hold now as I saw an uplift in sales from the States and Ireland which I attribute to the weak pound. I’m about to start marketing activity in both territories.”

Phil Coleman, chief executive of postal service Direct Entry Solutions (DES), says his margins were affected by the drop, but that “these issues have been countered by a growth in UK product sales overseas in the US, which ultimately has meant our sales have also grown and made up for forex issues.”

DES and other SMEs have benefited from a recent change in the import duty threshold to the US. Goods below $800 no longer need to go through formal customs procedures. “It’s had a huge positive effect on e-commerce sales and volume growth to our business,” says Coleman.

Concerning tariffs, the amount levied on UK goods sent to the US is at present relatively low – averaging around 3 per cent. According to the British Chambers of Commerce, exporting a standard container of goods into the US requires five documents, five days and £1,315.

There are some major differences between the way the US and the EU regulate consumer goods, but Guy Mucklow, president of software business PCA Predict, has “found few regulatory obstacles to doing business in the US”. On the World Bank’s “ease of doing business index”, the US is just one place behind the UK in seventh.

The US relies on the free market, utilising the private sector in standard setting, as opposed to the government standard setting of the EU. Most regulations in the US are on a state, rather than federal level – so ensure you know your market.

Read more: Is Donald Trump right that the US economy is in “a big, fat, ugly bubble”?

With the convergence of the US presidential election and Brexit, what our future relationship will look like is hard to tell. There is strong support in the Senate for a bilateral US-UK trade deal. The two nations are each other’s largest foreign investors, after all.

Mucklow has his concerns, though, “about the direction that a US government with Trump in the White House” would take. “He has made no secret of his protectionist views” and “we feel that the so-called ‘Special Relationship’ could easily come under pressure”.

That being said, the outcome of the US election will not have a bearing on his decision to invest for growth in the American market. “It is a key opportunity for us and one that we don’t want to miss, regardless of who is in power.”

Access to the world’s largest, most competitive, and technologically advanced private sector, where regulatory barriers are low and the business culture is similar, makes dealing with America an opportunity for SMEs. Now, as we embark on our journey out of the EU, the time is right to focus our efforts Stateside.