In the run up to June’s referendum vote, small and medium-sized enterprises (SMEs) became a focal point for both Leave and Remain camps, with each side claiming the support of small business owners for their different visions of Britain’s future.

The significance of SMEs within the UK economy is one of the reasons why, in partnership with business funder and credit broker LDF, City A.M. is launching this new section, Building Britain’s Businesses.

The aim is to profile the companies – and their owners – that do so much to sustain employment and create growth in Britain, to offer advice on how they (and those considering starting a business) can enter new markets and expand, and to look at some of the ways they can access the finance they need.

For even if the referendum vote has caused uncertainty, as Enterprise Nation founder (and newly-appointed small business crown representative) Emma Jones says, “small businesses are the ones that will help us get through Brexit, so it’s critical to make sure they are looked after”. “They’re the guys taking a risk with their businesses and revitalising the economy,” says Ian Cass of the Forum of Private Business.

It’s early days, as there has not yet been any formal change to Britain’s relationship with the EU, but there are reasons to be optimistic. As the Brexit haze clears, many companies are reporting little change in sales since the vote, with some even reporting a rise. Analysts’ dire predictions of an immediate fall into recession haven’t come to fruition. High street sales have been strong and confidence has risen after sharp falls in the latter in the aftermath of 23 June.

Despite over half of SMEs believing Brexit would negatively impact their business before the vote, about the same now have a positive sentiment. In a recent poll by CitySprint, over two-thirds of respondents said that they are either as confident or more confident about their trading outlook compared to this time last year.

Partly this is because the big fall in sterling has been good news for some exporting SMEs. International buyers, tempted by the prospect of British-made goods at a lower price, have been taking advantage of the dip.

Trunki, a manufacturer of pull-along children’s suitcases, is a good example of SMEs’ ability to make the best of a situation. Its founder Rob Law says that post-Brexit business is “pretty strong, actually”. Trading in dollars and converting to sterling has kept losses to a minimum, while manufacturing in the UK to avoid the increased cost of importing from China has ensured the retail price of their product hasn’t risen. 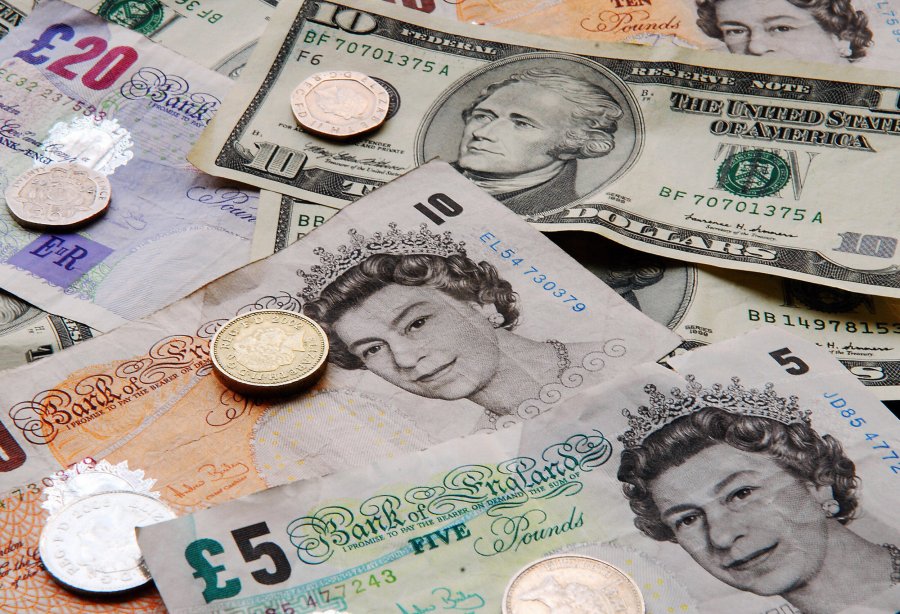 The fall in sterling has been useful for some SMEs (Source: Getty)

Non-exporting businesses have also had a boost in the short term, with the weaker currency good news for domestic spending and tourism. Charles Millward, managing director of Staycation Holidays, a company offering luxury holiday cottages in the UK, says it’s now “cheaper for overseas visitors to come here and preferable for the British to staycation. It is a case of not overlooking what is on your doorstep before going 1,000 miles to find a questionable substitute.”

We should not be surprised that many SMEs have seen the bright side of recent uncertainty. With the 2008 financial crisis in recent memory, Jones says that “by nature” British SMEs have learned to be “very optimistic and incredibly resilient. To them Brexit is one of a number of other issues. It’s not stopping them from growing”.

Significant developments in access to finance have also helped. On the one hand, extremely accommodative monetary policy has made borrowing cheaper. After the Bank of England cut interest rates once again to an historic low of 0.25 per cent, the National Association of Commercial Finance Brokers reported a large surge in SME funding enquiries for August, double the amount for the same period in 2015.

On the other hand, there’s been a structural change in how that finance is offered. In the wake of the financial crisis, traditional high street banks cut back on their business lending for a variety of reasons, not least higher capital requirements. Official reports found SMEs to be the hardest hit, with higher rejection rates and greater minimum transaction sizes freezing out the smallest borrowers.

With government support, non-bank lenders, challenger banks and new forms of alternative finance like peer-to-peer lending and crowdfunding have filled the gap.

Cass says it’s time for SMEs to “get savvy”, and look at alternative funding appropriate for their needs. “Prior to 2008 small businesses tended to go to the bank by default when they needed money,” he says. Now SMEs need to become more familiar with the alternatives.

For all its support for SME lending, however, recent government policy (even if well-intentioned) hasn’t been entirely helpful for small businesses. Pensions auto-enrolment is being extended to smaller firms, representing a new bureaucratic hurdle for companies that often have just a few employees. Jones adds that changes to the tax treatment of dividends may be difficult for SMEs.

But it’s the National Living Wage that is causing the most angst at the moment. According to a recent poll by the Federation of Small Businesses, the new higher minimum wage for people aged 25 and over has caused wage bills to rise in more than half of the SMEs it surveyed. They’ve had to respond by absorbing the cost, thereby lowering profitability, increasing prices, or cutting staff hours.

Jones says SMEs have a number of “asks” from government. “Keep investing in infrastructure,” she says. “The government’s role is to maintain confidence in the economy – that means rails, roads and broadband. They need to take on the job of creating the right conditions and then let business do what they do best.”

But running a company can also be a lonely job, with a large proportion of SMEs sole traders. Over the course of the coming year, we’ll be looking at some of the services available to make life easier, whether in terms of starting to export, finding the finance they need, or managing some of the hurdles of getting their product to market.

Half a million new businesses are born every year in the UK, making the country a world leader in enterprise. More than two-thirds expect to expand in the next six months, a figure the doomsayers might find hard to swallow. Brexit may be testing the resilience of our SMEs, but so far they’re passing.