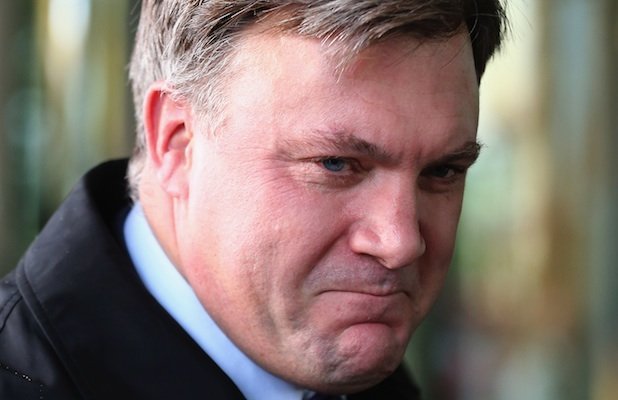 Ed Balls has just spoken for the first time at the Confederation of British Industry's annual conference. He stressed the importance of Europe to the UK's economy and the work Labour would do differently in 2015 – from tougher energy regulation to impartial investment in infrastructure.

The shadow chancellor kicked off by saying that, although the return to growth is something to celebrate and nurture, economic recovery doesn't mean there is time for complacency.

Labour will need to deliver "tough decisions" when it comes to reducing the deficit, but spending will go down in 2015 and 2016 under the party, said Balls. George Osborne and he agree on a "sensible plan for deficit reduction" but, he added, recovery has been "unbalanced" by the chancellor.

He confirmed that Ed Miliband and he share the CBI's vision of Britain prospering "in a reformed Europe", adding that anti-EU sentiment is "reckless, foolish and damaging".

Politicians, he said, can't ignored public concern over Europe: "you are right to challenge us politicians to maintain British influence and lead the debate about the reforms that Europe needs to deliver value for money, open up markets and secure rising prosperity… Britain is better placed to shape Europe’s future if we are fully engaged rather than having one foot out the door. We are clear that there is no future for Britain in walking away from our biggest market – or threatening to do so for reasons of internal party management."

Business, asserts Balls, "is key to the solution, not the problem", but there is no point in them trying to undercut emerging economies.

On governmental involvement with business, he stated that, when it comes to innovation, skills, planning and infrastructure, the government would be abandoning long-term partnerships if it were to limit its involvement.

Labour would create an infrastructure commission, continuing its support of HS2 whilst managing the project better than the coalition – Balls welcomed Cameron's "belated recognition that he needs to get a grip" on costs. Particular projects, he says, shouldn't be favoured by a chancellor.

On energy, Balls vocalised Labour's support of the CBI's call for 2030 decarbonisation. The market needs to work in a "transparent and fair way" for customers – something it is very obviously not doing at the moment. A tougher regulation regime is needed, he said.

When it comes to education, Labour, announced Balls, would empower employers, giving them more control over the £1.5bn government spending on apprenticeships and workplace skills. He stressed the importance of employers making the decision about what works for them and who delivers it.