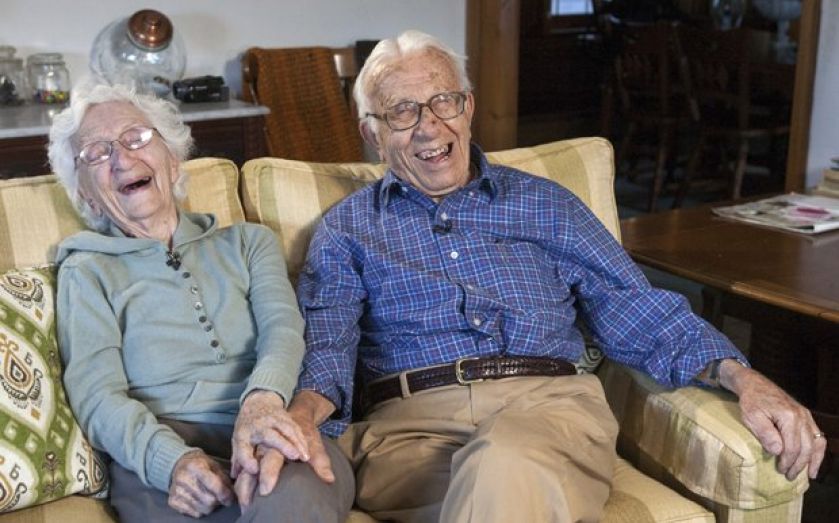 IN TOMORROW’s Queen’s Speech, the government is expected to include the “Collective Defined Contribution” model (CDC) of the Dutch pension system in a forthcoming Pensions Bill. Pensions minister Steve Webb is right to consider it a strong model. But he must also be careful not to repeat the Dutch system’s mistakes, and should ensure that the UK steers clear of the battle over pensions that has developed between the young and old in the Netherlands.

The Dutch pension system has much to be proud of. Thanks to a generous state pension of nearly double the UK equivalent and carefully managed workplace pensions, Dutch pensioners are on average 4 per cent better off after taxes in retirement than when they were in work, according to the OECD. The OECD calculates that the poverty rate among Dutch pensioners is 1.4 per cent, compared to 8.6 per cent in the UK.

Webb is now looking at reforming UK occupational pensions along the lines of the Dutch collective model. But before simply copying the Dutch model, it is important to understand its strengths and weaknesses. First, high levels of retirement income are primarily a result of equally high levels of contributions and mandatory participation. The average pension contribution in the Netherlands is 21-25 per cent of gross wages. In the UK, it’s 9.4 per cent. Second, the Dutch system is highly paternalistic. Individuals cannot choose a pension provider, nor do they have influence over the investments made. This reduces individual freedom, but it does create economies of scale. This has ensured that Dutch pension funds are among the largest in the world.

The collective nature of the Dutch system, however, means ownership over the vast amount of capital is ill-defined. It is unclear who owns any funding gaps or excess capital in the fund. Who benefits from positive or negative developments depends on accounting standards and discrete decision-making by fund managers. This creates continuous tension between different groups of participants in the fund, in particular between younger and older generations.

This tension played out in the aftermath of the financial crisis. As the funding levels of pension funds plummeted, losses needed to be dealt with. Unions, employer organisations and the government initially struck a deal to loosen accounting standards to improve the funding position on paper, so current pension pay-outs would not have to be cut. This would have shifted the burden of the losses onto younger generations, with a vague promise that future investments would make up for it, sparking a major debate that is still ongoing.

Supporters of collective pension funds claim they add value by sharing risks across generations. Recent history in the Netherlands showed otherwise: when push came to shove, pressure from active older generations led to tinkering for short-term electoral advantage. This undermined the collective funds’ original intention: to create certainty for participants. In practice, arbitrary political decisions around accounting standards made them extremely risky to participants. This risk naturally fell on those least politically organised and interested in their pensions: the young.

That is why the youth wings of three of the main Dutch political parties, PvdA (Labour), VVD (Liberal) and D66 (Liberal Democrats), have come together to call for change in the Dutch system. The UK should take on board their recommendations before embarking on reform. They call for a move towards a system with clearly defined property rights, while preserving the aforementioned strengths of the Dutch model.

Under the proposed reforms, contributions will no longer disappear in a large pot. Pension contributions will be collectively invested but remain linked to the individual, while keeping auto-enrolment. There is a default investment strategy to achieve a level of homogeneity and care for those not able to, or interested in, making investment decisions. But those who want to can choose where to invest. Additionally, investment risk is managed over the life cycle. Young generations would take on risk, hoping for higher returns. But as the retirement age approaches, investments are automatically rebalanced towards assets that provide a safe level of retirement income. This is how cost-savings will materialise: large-scale, homogenous investments, but without the downsides of collective ownership.

The Dutch pension system has clear advantages over the UK system, providing pensioners with a better income in the long term. This is mainly due to auto-enrolment, higher contributions and a high level of homogeneity. But it would be a mistake to think that the good shape of the Dutch system is due to the collective ownership of assets and intergenerational risk-sharing. Webb would do well to listen to the youth wings of the Dutch parties.

Ilja Boelaars is a certified financial risk manager, a PhD candidate in economics at the University of Chicago, and an expert on the Dutch pension system. Henk van Klaveren is a political consultant at the Whitehouse Consultancy, and has worked for the Lib Dems.