As Brexit rages, the European project unravels before our eyes 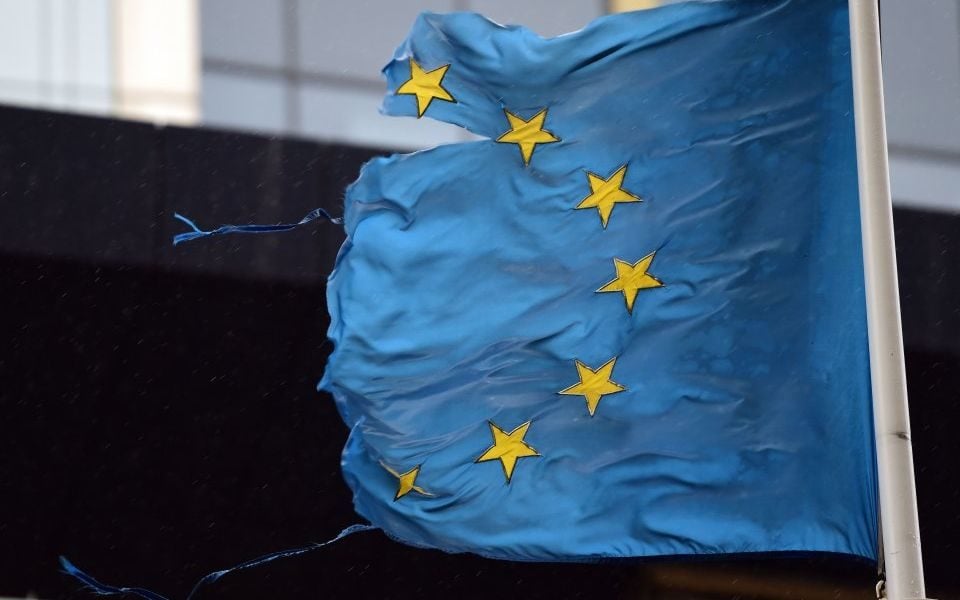 While the London foreign policy commentariat obsesses over the pathetic soap opera that is Brexit, it almost entirely misses the obvious and strategically vital point next door: the European project is in irretrievable decline, becoming increasingly peripheral to any serious global geopolitical discussion.

The just-concluded European elections, which have underlined the rise of populism and the slow fall of the establishment, are just the latest chapter in what is an ongoing process of absolute decline.

Economic motor Germany is estimated by the OECD to grow at a puny 0.7 per cent this year. Italy has a GDP smaller than it did before the recession. Poland has a populist eurosceptic government. Spain is in the throes of political fracturing that has led to a series of weak governments. And Britain is chaotically headed for the door.

Any upside to this?

Further, Europe remains hopelessly politically divided – north-south over Eurozone issues and east-west over the migration crisis – and militarily unimportant. In addition, the continent has vast demographic problems and a safety net that is simply no longer affordable, yet shows no signs of adjusting to the realities of our new era.

Over the past two decades, as China has risen phoenix-like to superpower status and the US has maintained its role as the greatest single power in the world, Europe has been in relative decline in comparison, increasingly becoming geopolitically irrelevant.

It is in this context of obvious decline that the rise of President Emmanuel Macron of France must be viewed. In many ways, Macron amounts to the last, best chance for a European renaissance.

Vigorous, capable, charismatic, and driven, he has put forward an intellectually coherent programme for arresting the continent’s downward trajectory.

First, the French President has rightly seen that the old motor of Europe, the Franco-German entente, remains the only game in town in terms of facilitating genuine reform. For the continent to prosper, there must be a new deal reached by Paris and Berlin.

Second, he has correctly assessed that the terms for such an unofficial Franco-German deal remain what they have been now for several decades.

Following through against all historical odds, Macron managed to enact significant labour market reforms for the first time in the French Fifth Republic’s history. This totemic reform was introduced largely to prove to Angela Merkel that Macron’s France took economics seriously and was the partner Germany had been waiting for.

And then… nothing. The timid German Chancellor looked at her shoes, trying to change the subject, basically recoiling from the prospect of having to follow through on a deal for further European integration – one that she knew would be highly controversial in her own country.

Shorn of the fig-leaf that long-term French economic incompetence had given her, the Chancellor made it clear that she was definitively not ready for Germany to live up to its part of this unofficial bargain. The moment passed, and the last real chance for European reform was lost.

Instead, the populist crisis is coming to a head.

These European parliamentary elections will yield a result similar to the recent German elections: having both lost market share to populist extremists of the right and left, the centre-right European People’s Party (EPP) and the centre-left Socialists will form an unhappy Grand Coalition, with perhaps the Liberals and the Greens joining as well.

A raft of euro-cheerleaders will follow, saying that the rise of European populism has been “contained”. Of course, this is analytical whistling past the graveyard of the worst possible sort.

Instead, allow for just a couple more years of sub-two per cent growth, continued political division over migration and the direction of the Eurozone, and continued intractable unemployment – and the populists’ narrative of a conniving, inept elite keeping them from power becomes irresistible.

This has always been what the populists in Europe are playing for; not this round of elections in France, Germany, and at the European level, but the next.

They are relying on the tried-and-true history of European elites being unable to master the economic, political, and strategic policy challenges before them.