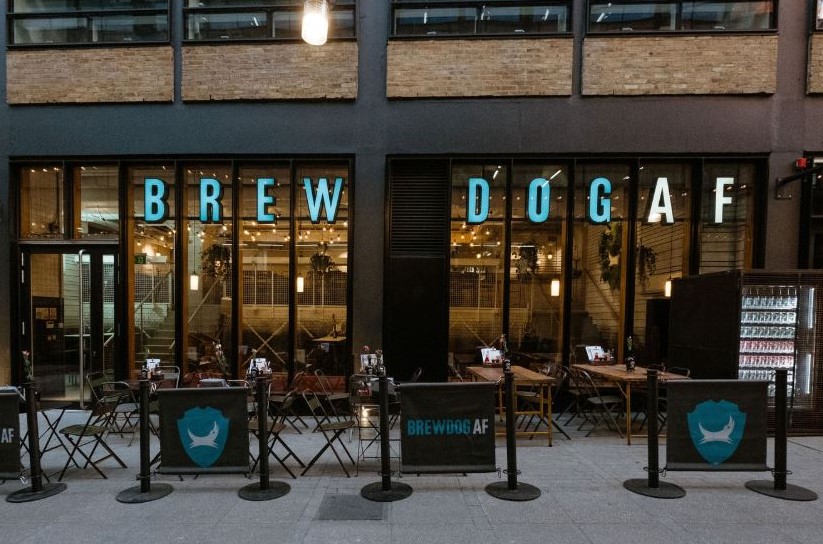 As millions of people give up alcohol for “dry January”, independent brewery Brewdog is set to give them a helping hand by opening its first ever alcohol-free bar today.

The so-called AF bar, which is located on Old Street, offers 15 taps of draft alcohol-free craft beer – perfect for those who may have overindulged over the Christmas period.

It is the first of the Scottish company’s bars to feature a line-up devoted to drinks without alcohol.

In addition to the new bar, Brewdog is also running a “Drink All You Can Jan” across all of its bars, an initiative which offers drinkers unlimited refills of the company’s alcohol-free beers in all bars for the entire month.

The brewer is also adding to its range of alcohol-free beers, with two new additions: Wake Up Call, a stout, and Hazy AF, a take on the company’s New England IPA.

The move comes as research shows that the demand for alcohol-free beer is growing faster than ever.

Since 2017, sales of low and alcohol-free beers have risen 381 per cent, according to Eebria Trade.

Likewise, market researcher Mintel have reported 28 per cent of beer drinkers are cutting back on consumption because of health concerns.

Brewdog co-founder James Watt said: “Drinkers opting for low or no alcohol are in danger of compromising on quality, taste and experience. We are going to change that. Our first Brewdog AF Bar is a beacon for anyone in London after an alcohol-free alternative.

“Alcohol free does not need to be synonymous with taste-free. ‘Drink All You Can Jan’ is our anti Dry January. Whether you have cut alcohol out or are cutting back we want to show that alcohol-free doesn’t mean compromising on quality or taste.”

If the initiative is successful the brewery will look to roll it out across the UK and into Europe.