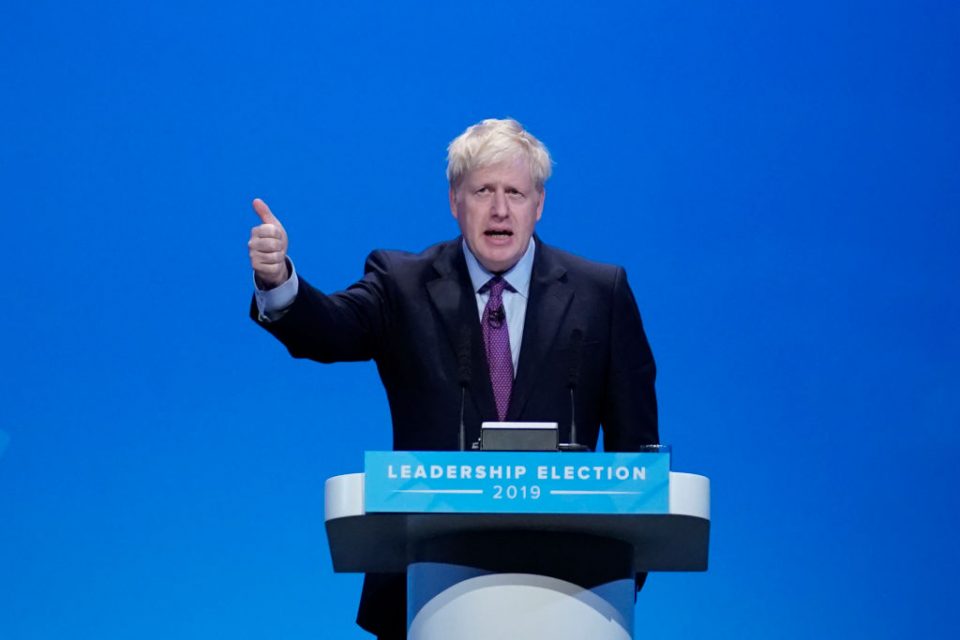 Tory leadership candidate Boris Johnson has doubled down on his threat to leave the EU in a no-deal Brexit by Halloween.

Johnson said today he did “not believe for a moment” the UK would leave the EU without a deal.

But the favourite to be the next Prime Minister reiterated his promise to quit the bloc by 31 October even if a withdrawal agreement is not in place.

“My pledge is to come out of the EU at Halloween on 31 October,” Johnson told the BBC this morning.

But he insisted it was possible to strike a fresh deal with the EU despite its insistence it will not restart negotiations with the UK.

“I think actually that politics has changed so much since 29 March [the original Brexit deadline],” he said.

“On both sides of the Channel there’s a really different understanding of what is needed.”

Johnson vowed to begin free trade talks as soon as he entered Downing Street if he wins the Tory leadership election.

He added that he hopes the EU would grant an extension period immediately after 31 October to finalise a Brexit deal.

MPs rejected it chiefly due to its reliance on a so-called Irish backstop to avoid a hard border between Northern Ireland and the Republic of Ireland.

That would have left the UK tied into an indefinitely long customs union with the EU.

But Johnson said there were “abundant, abundant technical fixes” to avoid a hard border.

He admitted that there is “no single magic bullet” to solve the problem, however.

An independent commission yesterday launched a report setting out how customs checks could work without relying on new, as-yet non-existent technology.

Meanwhile Johnson defended his decision not to speak publicly about a loud row with girlfriend Carrie Symonds.

Police attended the couple’s London flat but were satisfied it was not a police matter.

“I do not talk about stuff involving my family, my loved ones,” he told the BBC.

“There’s a very good reason for that. That is that, if you do, you drag them into things that really is… not fair on them.”

May has resigned as Tory party leader and will make way for the new Tory Prime Minister in late July.

The new PM – Johnson or rival Jeremy Hunt – will begin office on 24 July, according to the Sun.