Boris Johnson has threatened to force the European Union’s hand by withholding Britain’s £39bn “divorce” bill until it agrees to more favourable terms to leave.

The former mayor of London made his first pitch to become Prime Minister by vowing to keep hold of the cash, scrap the Northern Irish backstop and guarantee the rights of all EU citizens in the UK.

“I think our friends and partners need to understand that the money is going to be retained until such time as we have greater clarity about the way forward,” he said. The money would be a “great solvent and a great lubricant” in striking a more favourable deal, he told the Sunday Times.

Johnson said his leadership style would be “on the same lines” as his time as mayor. This would entail installing a “team of stars” in his cabinet, he said. Such a team would play a crucial role in his negotiating strategy of ripping up Theresa May’s withdrawal agreement and sending ministers to barter with the bloc, rather than officials.

“I will be giving personal direction to the negotiations but we will also have a very strong and ministerially led negotiating team,” he said.

He also said he would hasten Whitehall’s no-deal preparations if he was elected leader of the Conservative party. Under his stewardship, Britain would leave the bloc by 31 October, with or without a deal, he added.

Referring to his Labour and Brexit Party rivals as mythological Greek monsters, Johnson said: “I truly believe only I can steer the country between the Scylla and Charybdis of Corbyn and Farage and onto calmer water.

“This can only be achieved by delivering Brexit as promised on October 31.” 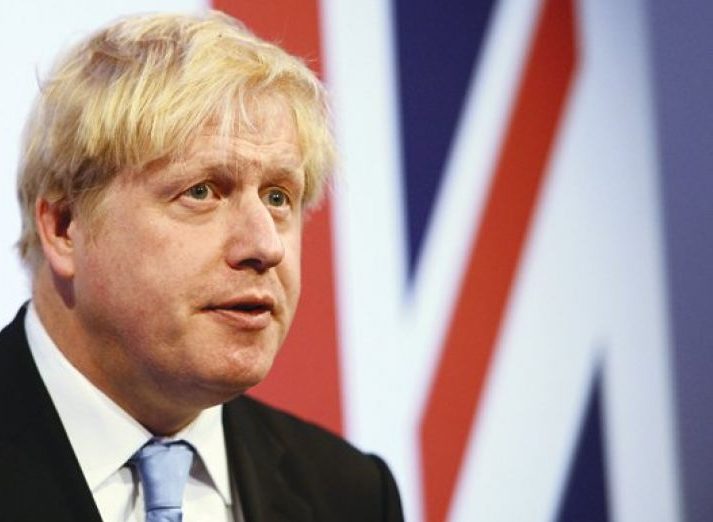 – Withhold Britain’s £39bn divorce payment to the EU to force better terms
– Scrap the Northern Irish backstop, instead settling the Irish border dispute when Brussels is ready to agree to a future relationship
– Recognise the rights of the 3.2m EU citizens living in Britain
– Accelerate the Civil Service’s preparations for a no-deal Brexit
– Leave the EU by 31 October, deal or no deal

The former foreign secretary also promised to “unconditionally” guarantee the rights of the 3.2m EU citizens living in the UK. “That is something that I think would be very welcome on the other side of the Channel.”

Johnson joins the leadership race just as fellow Tory forerunner Michael Gove struggles to put a lid on revelations he took cocaine hours after condemning “middle-class professionals” using it in the Times newspaper twenty years ago.

The environment secretary made his admission ahead of the publication of a book about him by City A.M’s head of politics Owen Bennett, which includes the revelation. He told the BBC’s Andrew Marr Show this morning he was “fortunate” that he didn’t go to prison after using the class A drug “several” times, and that he “deeply regrets” doing it.

Several prominent Tories have already jumped to back Johnson. Transport secretary Chris Grayling said: “The next Conservative leader must be able to get us through Brexit and then pursue the kind of agenda that won David Cameron the 2015 election. They must have the electoral appeal to beat Corbyn. Boris is the one who can win.”

Meanwhile James Cleverly, who pulled out of the leadership race last week, said: “I know he will move heaven and earth to deliver Brexit, I’ve worked with him in City Hall promoting UK business, delivering the 2012 Games and fighting knife crime, and I know he can win elections.”