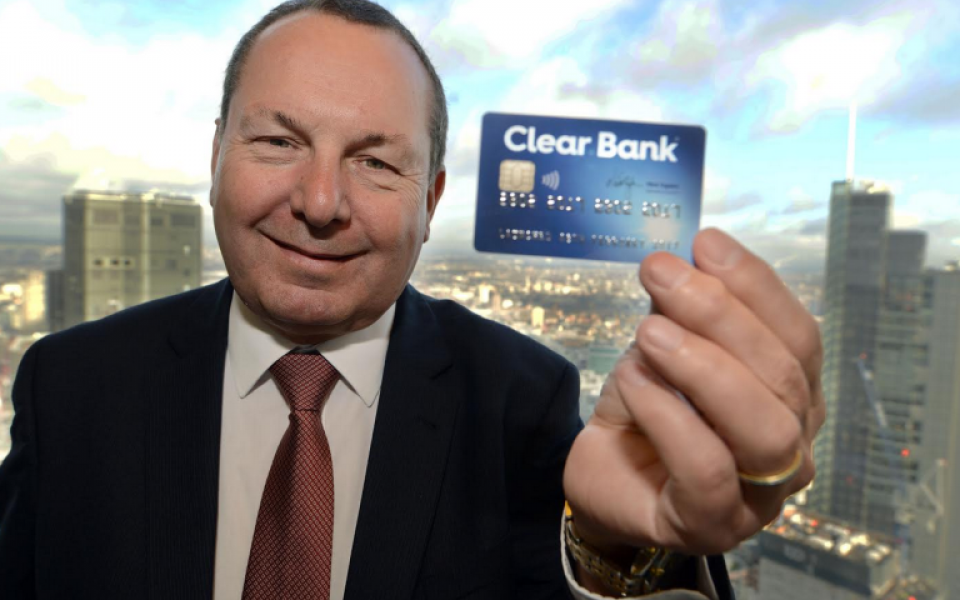 Even in the ancient world of City banking, 250 years is a long time. Yet that was how long the UK has had to wait for a new clearing bank until Nick Ogden launched Clear Bank out of the blue last year.

A decades-long consolidation of clearing banks – which provide banking services to other banks like access the Faster Payments system – left only four options for firms wanting to open current accounts. The demand for an alternative has been overwhelming since Clear Bank launched at the end of February, according to the new bank’s founder.

The firm has experienced “a phenomenal boom effect” since launch, with a constant stream of new business inquiries, Ogden tells City A.M., in their offices in the Gherkin. “It’s going bonkers, actually.”

Clear Bank was only unveiled to the public in February, but has already “completely smashed” sales targets set for 2022, Ogden reveals.

Ogden, a former policeman turned serial entrepreneur par excellence, sold Worldpay to Royal Bank of Scotland in 2002 before it span out after the financial crisis to become a FTSE 100 firm in its own right. The firm, sold last year to Vantiv for a cool £9.3bn, remains “a great business, a great business”, Ogden says wistfully, with the tone of someone whose social media profile says he “built Worldpay up and then sold it for not enough money”.

Ogden’s latest venture resulted from a chance conversation with Mary Starks, director of competition at Financial Conduct Authority, about the lack of competition in the clearing market. It was a challenge he accepted, working in secret to start a whole bank from scratch, with the proposition that brand new technology would allow a better service at a lower price than incumbents dragged back with legacy systems.

Clear Bank’s target market, building societies and smaller banks, face significant hurdles to providing current account services to consumers, with costs of £20m to £30m to set up the technology, but prices in the marketplace should start to fall as soon as the middle of this year, Ogden predicts.

Clear Bank had three customers during its pilot stage, and had run £10bn in payment volumes before launch. Now there are 16 customers, with plans to bring on a steady stream of firms over the coming months. Staff numbers have expanded to match, from 38 employees to 145 now.

“We’re supremely confident in what we’ve got in terms of technology but it’s only common sense that you go slowly slowly at the beginning,” says Ogden.

The largest guy in the playground

That confidence has been reflected by tech partners, with a crucial relationship with Microsoftfor their cloud infrastructure. Partnering with the tech behemoth – “the largest guy in the playground”, Ogden says – was a useful step for a start-up in an industry among the most sensitive to cybersecurity. Clear Bank uses two Microsoft data centres on the Azure cloud platform, with the ability to continue operating if disaster strikes one. All data is held on a private cloud, with no direct connection for clients, who access the public cloud environment only.

All systems use straight-through processing, providing automated and immediate transactions from end to end. Ogden wants to focus on making international payments more efficient as well – a particular concern if the UK is make a push on trade beyond Europe after Brexit.

The tech that Clear Bank has built has attracted attention “from [Microsoft chief executive] Satya Nadella down”, Ogden says. Indeed, Microsoft chief technology officer, Kevin Scott, joined Ogden in giving a private presentation to regulators at the Bank of England.

While Clear Bank has started in the UK, Ogden’s sights are already roaming abroad. Britons know well the frustrations of slow bank payments, an issue Ogden is determined to remove completely, but the UK’s payments infrastructure is actually far stronger than many other countries. As a result, regulators are already looking at the Clear Bank model. Mexico, the United Arab Emirates, and South Africa have already expressed interest, Ogden reveals, along with people in countries across, Europe, North America and Asia.

With such intimate knowledge of current account structures, Clear Bank would be well placed to launch its own consumer offering, but Ogden insists that will not happen. Indeed, their pitch to banks and lenders uses that fact as a selling point: there will never be a consumer offering competing with customers, Ogden says, although he hints at “other areas” such as corporate banking where he might be tempted to move.

Major investors, who have so far stumped up £52m, are on board with this strategy, and are in it for the long haul. They include John Risley, a Canadian billionaire whose diverse holdings span seafood to communications, and PFF Group owner Petr Kellner, the Czech Republic’s richest man. Their deep pockets mean an initial public offering is not yet on the cards, with funding already secured covering the end of this year.

Of course, the bank has only been in the marketplace for less than a year, and still yet to publicly agree any current accounts using their technology. However, that situation will not last long, Ogden says, with an update due by the launch anniversary at the end of February.

The industry and regulators are watching Clear Bank’s progress closely to see if it manages to sustain its early momentum, but Ogden is confident the firm will inject a dose of competition into the market.

“There’s a huge amount of inertia and friction in the existing payments system,” he says. “The customers are paying for that inefficiency. That has got to change and, I think, will change.”