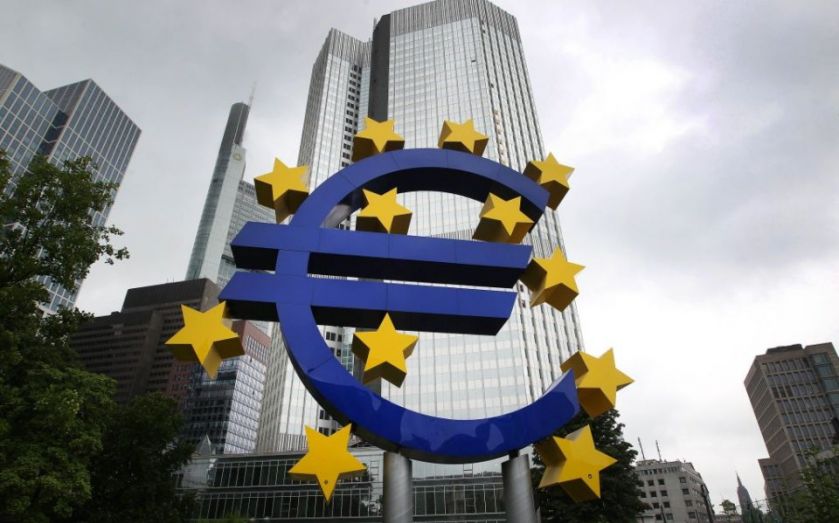 Saying goodbye is one of the hardest things in life, especially when it is to a good friend who has brought you joy, peace of mind and, yes, profits. For investors over recent years, that friend has been easy monetary policy. St Louis Fed president James Bullard told CNBC yesterday that there was the potential for another “tantrum,” as the US central bank looks to raise its main benchmark interest rate this year. He is the latest in a line of experts warning of the potential for market volatility. But whenever we hear of investors fretting over an end to easy money, all we think of is the Fed’s exit from its ultra-low-rate policy. Aren’t we forgetting a central bank closer to home? The European Central Bank (ECB) is two weeks into its €1.1 trillion bond-buying scheme. It has already caused unprecedented distortions: investors are flocking into Eurozone equity and bond markets like there is no tomorrow. From the start of the year until mid-March, Eurozone equity markets saw inflows of $36bn, according to Bank of America Merrill Lynch – a new record. And one third of European bond markets are now carrying a negative yield. As investors worry about one central bank exiting its stimulus programme, they are blindly following the sweet call of another for continued returns. Why is nobody questioning whether the ECB has a clear exit strategy that will allow bond holdings in the periphery to be unwound in an orderly fashion? I put that question to Jens Weidmann, head of Germany’s Bundesbank. His response was terse: “This is a discussion that should be held within the governing council, not in public.” I have a feeling the ECB may not have much of a plan yet. Shoot first, think later? With this in mind, is it possible to avoid yet another taper tantrum? I think the answer is no. The unwinding of a large consensus position by investors at the same time is bound to be messy. But some economies may fare better than others when huge capital flows are reversed. Take India. Its currency market was hit hard by the initial taper tantrum in 2013, when the Fed’s policy minutes sparked fears that the central bank could start tapering off its $85bn a month bond purchasing programme. The issue was only compounded by the country’s high current account deficit. Two years later, the Indian rupee is the only major currency that has appreciated against the US dollar this year, driven by a lower oil price, reforms in the country’s supply chain, a sharp narrowing in its current account deficit, and optimism over future government policy. Let this be a lesson for the periphery nations whose borrowing costs have dropped to record lows. Goodbyes might never be easy — but good planning can do its part in alleviating the shock.