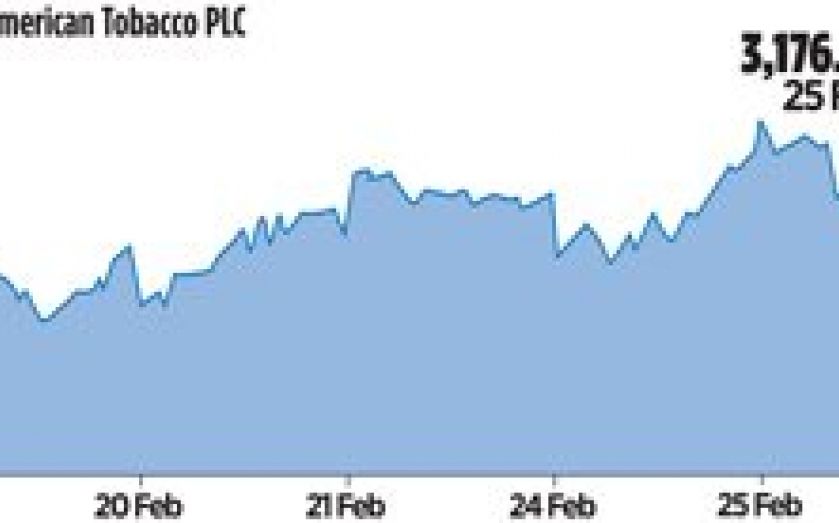 BRITISH AMERICAN TOBACCO
Barclays analysts have re-iterated support for the tobacco stock, with an overweight rating and target price of 3,800p. “Although we don’t expect a reversal of either headwind in the near term, we see the Tobacco growth and cash return model as far from broken,” the note said.

KINGFISHER
Ahead of the group’s full year results at the end of March, Deutsche Bank has reaffirmed its target price of 415p and “hold” rating on the stock. “We think 2014 will be another year where sourcing gains are invested to reinforce Kingfisher’s competitive positioning,” it said.

PRESIDENT ENERGY
Canaccord Genuity has a “buy” rating on this oil and gas company with a target price of 51p, up from 50p a share after news of a fresh drilling campaign. “We believe it is reasonable to include some of the imminent exploration in our target price,” the analyst said.