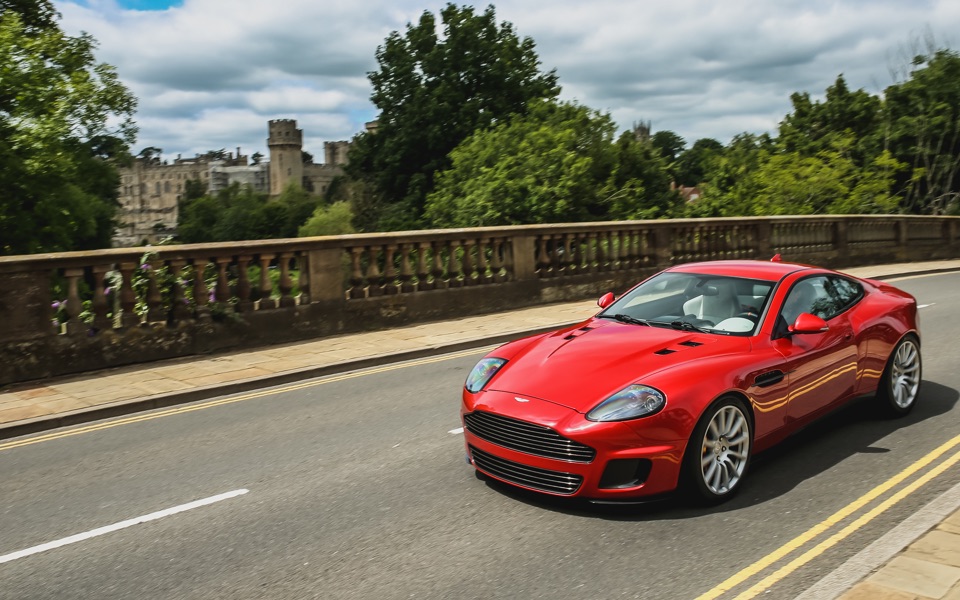 Having shaped the Vanquish two decades ago, Ian Callum has now modified one, too. The famous car designer’s new company – simply called ‘Callum’ – has refined the classic Vanquish for a new era. There’s no invisibility cloak, sadly, but more than 350 changes add up to a substantially new supercar.

If you visited Concours of Elegance at Hampton Court Palace last summer, you might remember the Callum Vanquish 25 prototype. Now, the finished production car has been revealed. Here’s what you need to know.

Fit for the future

If you’ve never heard of Ian Callum, you’ll recognise his work. He defined how Aston Martins look with the DB7, then did the same at Jaguar with the XF. Other highlights from his back-catalogue include the Ford Escort Cosworth and Jaguar F-Pace.

The Vanquish, however, has always been one of his favourites. “That’s why I bought one,” he told us with a grin. For Callum, this project is the update the Vanquish never had, ironing out its faults and making it fit for the future.

Above all, the Vanquish 25 is utterly bespoke. There are an infinite number of paint colours, eight trim options, three 20-inch alloy wheel designs and three different transmissions (manual, auto and semi-auto).

The one constant is a 580hp 5.9-litre V12 beneath that long bonnet. Because how could you improve on that?

Since the prototype was revealed, the main news concerns the chassis set-up, tuned over 20,000 miles on UK roads and at Michelin’s Ladoux proving ground in France.

The lower seating position and thinner steering wheel rim are also intended to offer ‘more feedback to reward the enthusiast driver’. Nonetheless, the reborn Vanquish should remain comfortable enough for daily use.

Adam Donfrancesco, head of engineering at R-Reforged in Warwick, has led development of the Callum Vanquish 25. He stresses the car’s ability to multi-task.

“After a year of piling on the miles in our development prototype, I’m confident we’ve hit the targets we set ourselves of a very responsive but supple car,” he explained.

“It’s got to be a car you want to use and be adaptable; laid-back and comfortable enough to soak up a 300-mile trip across Europe, but equally engaging and rewarding on a 20-minute run to meet friends at an informal cars and coffee meet.

“That versatility and accessible performance is something many contemporary GTs lack.”

Unsurprisingly, Ian Callum took the opportunity to tweak the Aston’s styling, too. At the front, there’s a new chin spoiler, carbon vents that evoke his Jaguar C-X75 supercar and sleeker door mirrors.

The sills have also been redesigned and the side windows have one-piece carbon surrounds. At the rear, the light clusters are fitted with LEDs and a dramatic diffuser houses integrated exhausts.

The view beneath the Vanquish 25’s bonnet has also been revealed for the first time. The engine has been detailed with carbon and leather, while a custom carbon intake system promises a ‘sonorous V12 howl’.

There’s more carbon inside, replacing the black plastic on the central dashboard ‘waterfall’. Even the vanes in the air vents are carbon fibre.

An eight-inch infotainment system with Apple CarPlay brings the Vanquish roaring into the digital age, while a new instrument binnacle – designed by luxury watchmaker Bremont – is a nod to the analogue past.

The gearshift paddles come from newer Aston Martins and the big-bolstered seats can be trimmed with Callum’s own tartan design. Also spot the Bremont watch atop the dashboard, which can be removed when you park.

The sky’s the limit

There’s no word yet on how much the Aston Martin Callum Vanquish 25 will cost. Doubtless much will depend on which options you tick.

However, you can pick up a first-generation Vanquish donor car from around £60,000, which seems a bit of a bargain.

We’re hoping to drive the Vanquish 25 later this year, so look out for a review – along with coverage of R-Reforged’s other project: the Aston Martin V12 Zagato Heritage Twins.