The sweetest thing: Ben & Jerry's CEO on why businesses need a higher purpose 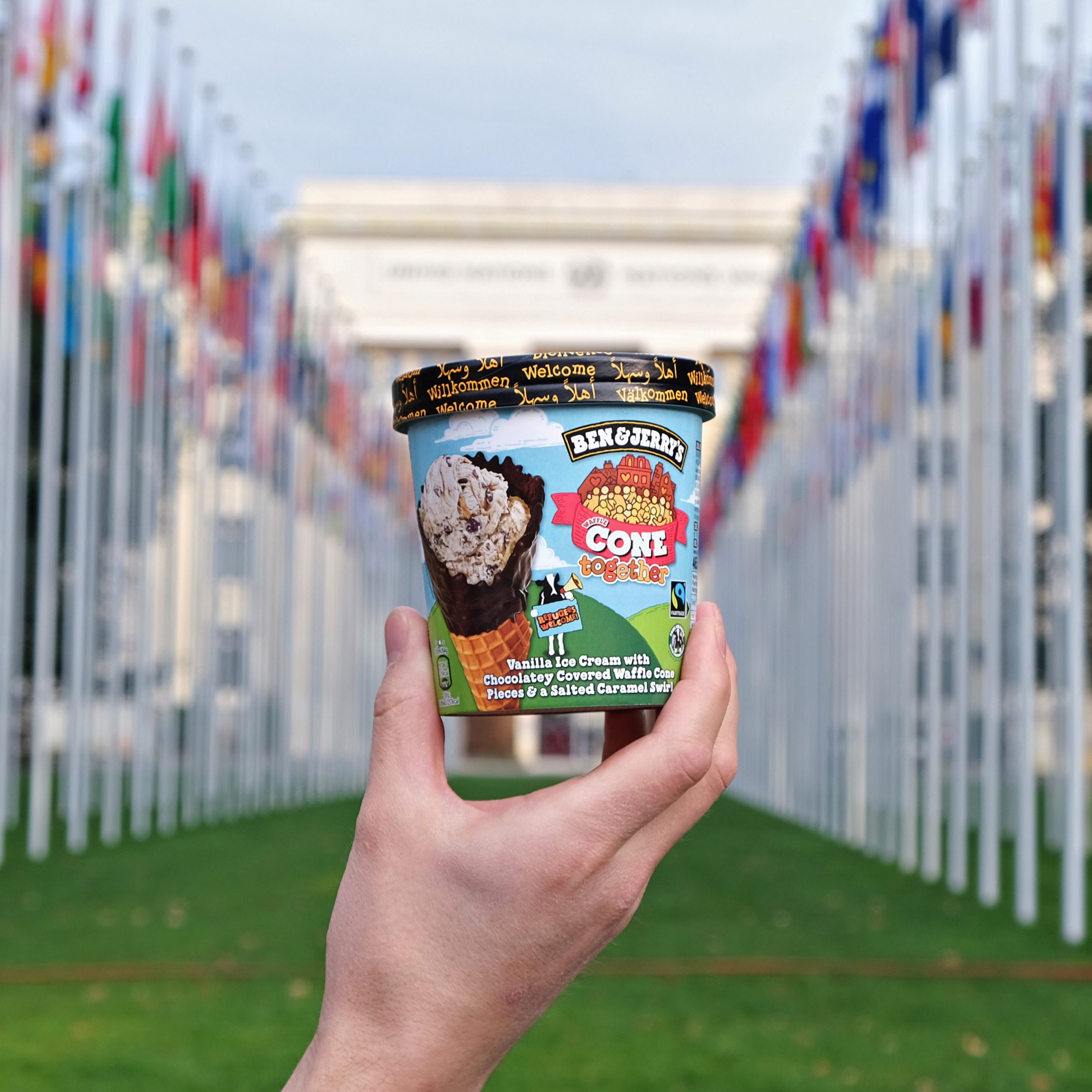 What is the purpose of business? Should companies focus purely on selling their products and making money for their shareholders, or do they have a responsibility to give something back to the planet and try to do good?

It’s a pertinent question, and one that has become increasingly relevant over the last decade. Nor is it only small startups and social enterprises that care about the value they create beyond money — big companies are wrestling with this question too.

“If you don’t make it clear what you’re doing to make the world a better place and to tackle a specific social or climate issue, you’re probably in more trouble than you know,” he tells me when we talk (sadly, not over ice cream). He adds that having a purpose  has become essential for business.

“I think the demise of so many big brands is due at least in part to consumers saying ‘that business doesn’t do anything, all it does is sell stuff’. I think we’ve entered an exciting time where business can play a big role, and I’m not convinced that all business owners have woken up to that.”

Ben & Jerry’s was founded by Ben Cohen and Jerry Greenfield in Vermont in 1978. The pair grew the company and eventually sold it to the multinational giant Unilever in 2000. Last year, it took the number one market position in packaged ice cream in the US for the first time. But the company almost didn’t make it.

McCarthy points out that Cohen and Greenfield “picked one of the coldest places in the United States to start an ice cream company. Neither of them knew anything about running a business (they literally paid $5 for a correspondence course from the government on how to make ice cream), so the fact that they survived their first year, let alone kept going after 41 years, is a great entrepreneurial thing. It inspires me all the time.”

When McCarthy — a 21-year veteran at Unilever — became chief executive of the brand, he pledged to double its social impact. In 2019, it generated over a billion media impressions for its various social missions.

Ben & Jerry’s is well known for its commitment to social progress. In 2012, it became a certified Benefit Corporation, or “B Corp” — a type of company that balances profit with purpose and meets a high standard of social and environmental impact. Causes it has championed include fairtrade, LGBTQ equality, and climate justice.

For the past few years, the company has focused on supporting refugees and asylum seekers around the world. Its latest effort is the launch of a new product, Cone Together, designed to draw attention to the issues facing displaced people.

“About three years ago, we started putting the weight of our business to supporting refugee and asylum seeker rights,” explains McCarthy. “What we saw happening — and it continues to this day — is the tremendous explosion in the growth of refugees and the forced resettlement of immigrants globally, and at the same time a dangerous rise of anti-refugee sentiment and xenophobic attitudes.”

But how can an ice cream company help with such a complex geopolitical issue? It can’t — not on it’s own anyway. When embarking on social campaigns, Ben & Jerry’s works with charities and NGOs, and has a team of professional activists on staff.

“We’re bringing the power of our business — our fans, marketing, and social media — to a topic, while the NGOs bring expertise, the understanding of policy, and particularly the understanding of grassroot and community-orientated social impact campaigns,” he says. “What we try to do is take the leverage of our business — whether that’s our ice cream, our fans, or our bully pulpit — to support activism.”

This stance is not immune to criticism. Many argue that a company’s duty is to its shareholders and customers, and it should not be distracted from its core business functions by getting involved in other causes.

I ask McCarthy how he responds to such criticism, which he says he gets asked about a lot.

“If you believe that purpose is important to business, and you’re willing to put yourself out there for something, knowing that not everyone’s going to agree with it, then you’re going to get some criticism,” he admits. “So while we don’t set out to anger, offend or upset anybody, getting criticism is par for the course. It tells me that we’re not trying to be all things to all people. No business can be. One of my activists likes to say ‘I’d rather be loved by a few, than marginally liked by many’.”

Turning to business, I ask about the outlook for the ice cream industry, especially in light of healthy eating trends and headwinds like the UK sugar tax, which is currently only applied to soft drinks but could potentially be extended to more products.

“What’s happening in the ice cream market is that people want higher quality ice cream — that’s been a key growth driver. People are not seeking larger quantities of lower quality ice cream, they’re looking for low quantities of really good stuff. That’s why Ben & Jerry’s, and a lot of other premium or gourmet ice cream brands, are growing. I do think we need to keep an eye on health trends,”  McCarthy says.

The cynic inside me wonders if the company’s focus on social causes is to deflect criticism over what its products have done to our teeth and waistlines. But McCarthy seems to sincerely believe what he is saying.

There are big problems in the world that cannot be solved by governments and NGOs alone. At the same time, public trust in business has been shaken in recent years. Perhaps by finding and integrating a purpose, businesses can start to restore that trust and do some good along the way.