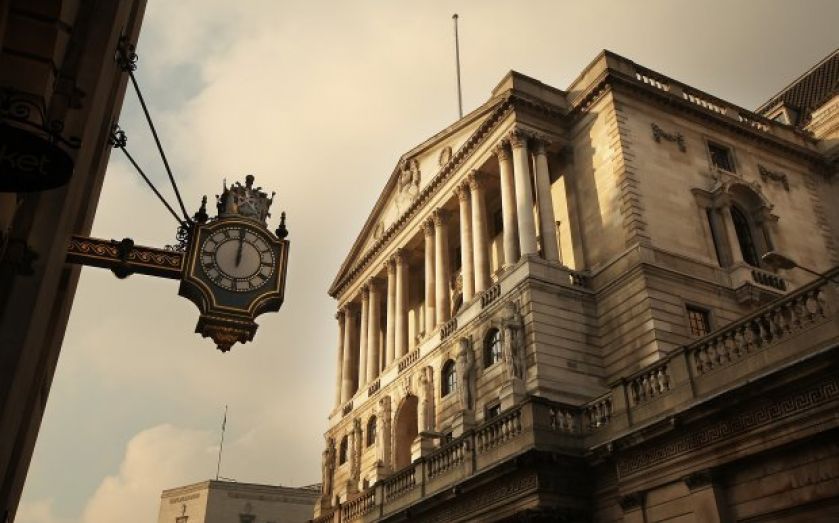 The minutes of the UK's interest-rate setting committee show signs that an interest rate hike could finally be approaching.

Members of the Monetary Policy Committee (MPC) voted unanimously to hold policy at its 5 June meeting, keeping interest rates at their historic lows and the level of asset purchases unchanged.

But the minutes yet again showed that "for some members, the policy decision had become more balanced in the past couple of months than earlier in the year".

In the context of higher growth that could eat up that spare capacity, the minutes stated that "the relatively low probability attached to a bank rate increase this year implied by some financial market prices was somewhat surprising." The minutes also cautioned on the danger of a premature hike to rates, which may not be reversible, and "could be associated with considerable costs in terms of lost output".

The pound jumped above the $1.70 mark on the news, as it did after an interview with Bank of England staffer Charlie Bean earlier this week. Bank governor Mark Carney gave more hints as to the timing of the central bank's first rate hike at his Mansion House speech last week. Jim Reid, strategist at Deutsche Bank, says that means "these minutes will be more closely watched than previous months".

"There’s already great speculation about the exact timing of the first rate hike and this decision is becoming more balanced," Carney said. "It could happen sooner than markets currently expect." Yet during that speech, Carney was keen to stress the Bank line that there remains a not inconsiderable degree of slack in the UK economy.

Before the release of today's minutes those comments had already had an effect, bringing forward expectations of the first interest rate hike from March 2015 to this November. For now, members agreed that "in the absence of other inflationary pressures, it would be necessary to see more evidence of slack being absorbed before an increase in bank rate would be warranted".

In a preview of today's release, Societe Generale's Kit Juckes suggests that Carney will be "happy that the market follows his hints and nudges about the future path of interest rates so slavishly". Markets seem to have ignored yesterday's low inflation print, and are instead putting their focus on the longer term path for price level increases, and the governor himself.

It's worth noting that we'll see three MPC veterans depart this year, all to eventually be replaced by incoming members Andy Haldane, Kristin Forbes, Nemat "Minouche" Shafik. Changes to the roster could make it more difficult for investors to gauge the future path of policy.