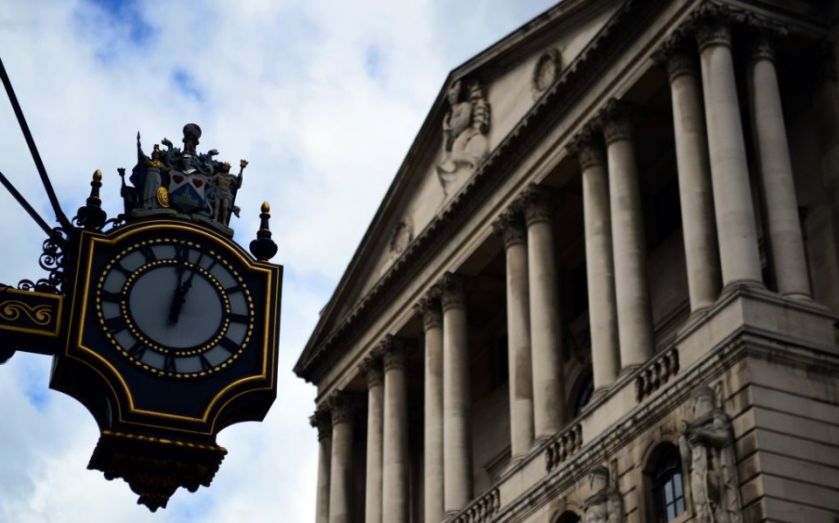 The Bank of England's chief economist has said it must "stands ready" to cut record-low interest rates further, if the risk of the economy falling into a prolonged period of deflation intensifies.

"In my view, that means policy needs to stand ready to move off either foot in the period ahead to meet the symmetric inflation targeting," Andrew Haldane said at a speech during the BizClub lunch.

His comments took the markets by surprise, and the pound slipped to a day's low against the dollar of $1.4762. Minutes from the committee's last meeting had appeared to suggest less talk of looser monetary policy.

"The minutes of the February monetary policy committee meeting had reported that “for one member, the next change in the stance of monetary policy was roughly as likely to be a loosening as a tightening," Howard Archer, chief economist at IHS said.

Haldane said inflation, which is languishing at the lowest on current records, had dropped "like a stone over the past year. It's just 0.3 per cent, way below the Bank of England's target of two per cent.

"One the monetary policy committee's central view, inflation will remain close to zero in the near-term, before rising to reach the inflation target over a two-year horizon," he said.

"The risks to inflation at that horizon are plainly two-sided … but my personal view is that these risks are skewed to the downside."

Policymakers had voted to hold rates at a record low 0.5 per cent for the sixth consecutive year this month.

Minutes released later showed rate-setters believed divergent monetary policy trends, and a strengthening economy, could further strengthen the pound. This would have negative implications for the economy.