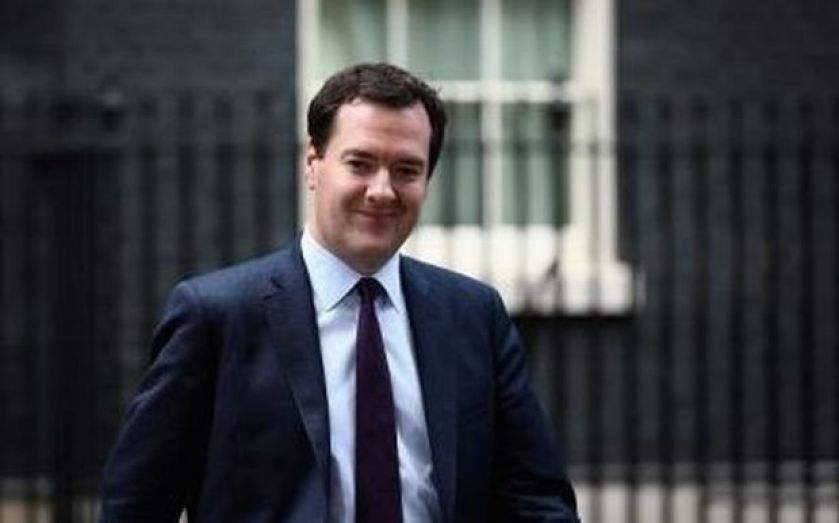 There were a number of surprises in George Osborne's final Autumn Statement before the general election, many of which are solidly aimed at middle class voters.
Bankers taxes are being limited, multinational tech firms are going to have to pay more taxes and stamp duty slabs have been scrapped. The squeezed middle and chattering classes will presumably be happy.
Jeremy Duncombe, director of Legal & General Mortgage Club, praised the changes to stamp duty, saying it had “long been considered a prohibitive tax, especially in its current form”.
Nationwide chief executive Graham Beale said this:

Businesses seeking some reform of the rates system were also pleased, after receiving a commitment to review the current regime.
“At last,” said Edward Cooke, director of policy and public affairs at BCSC.
“The devil will be in the detail of course, but we'll be working closely with Treasury ministers and officials to make sure we get a fair deal for retail and retail property companies.”
The British Property Federation's chief executive Liz Peace added: “Undertaking a root and branch review of the system is a big decision which many politicians have shied away from, and it makes today's announcement particularly welcome.
“We hope it is no-holds-barred and will deliver something fit for the 21st century, and one that benefits all sectors of the economy. We look forward to making a positive contribution on that basis.”
But campaigner and business rates expert Paul Turner-Mitchell had this to say

The 2% business rate cap will mean business rates rise for retail next year by £133million #AS2014 pic.twitter.com/jmK5LgXXnb

She may not have revealed her salary this year, but easyJet boss Carolyn McCall said she liked Osborne's plan to ditch airport duty (APD) for children. However she called for the government to go further by abolishing it completely.
“The UK currently has the highest air passenger taxes in the world. APD is tax on travel and has a proven, negative impact on UK tourism, investment and business activity,” she said. “Abolishing APD would boost the UK economy and pay for itself by increasing revenues from other sources.”
Not everyone is happy, however.
Neil Shah, director of research at Edison Investment Research, warned that there could be “unintended consequences” to what social media has quickly dubbed the Google Tax.
“This new multinationals tax while clearly aimed at catching UK generated profits from online operators such as Amazon and Google it may have unintended consequences on global manufacturers with UK listings from Unilever to SABMilller to big pharma,” he said, noting shares in Unilever, GSK, AstraZeneca have all fallen since the announcement.
Paul Kenny, GMB General Secretary, complained about the level of government spending. "The so called 'prudent' Mr Osborne will borrow more in five years at the Treasury than Labour chancellors he labels as profligate did in 13,” he said. “If this is success I would not like to think what failure looks like.”
Angus Hanton, co-founder of charity IF, agreed. “The Autumn Statement makes an even colder winter for younger and future generations,” he said.
“Austerity measures have fallen particularly hard on young people and yet the deficit is stubbornly high which hands on an increasing debt burden to the younger generation. Osborne may be repaying WWI debt but future chancellors will have to repay Osborne's indebtedness.”
BNP Paribas' Dominic Bryant said: “At first pass, the chancellor has played a bad hand well. Rather than choosing to go for giveaways that are clearly not sustainable, limiting himself to a number of smaller measures and talking of the need to continue reducing the deficit at a reasonable pace.
However, he added: “Given that the deficit has consistently come in more slowly than expected, one has to question the forecast that deficit will narrow more quickly than previously thought from 2016-17 onwards. The Chancellor had no choice but to accept the inevitable, that the deficit is wider than the government previously expected. But he has tried to soften the blow by promising to do better in the future.
ICAEW chief executive Michael Izza took a similar vein in his critique.
“With six months to go to the next election, this was clearly a populist Autumn Statement designed to win the hearts and minds of prospective voters in May 2015… The reality that the deficit hasn’t been eliminated during the course of this parliament is an unwelcome legacy for whoever is chancellor after the next election.
“The hard truth is that the deficit cannot be tackled by further spending cuts alone, and the chancellor’s successor will need to use all the levers available to raise income including raising taxes."
Share
Tags: Autumn Statement 2015 Google Tax UK business rates UK house prices