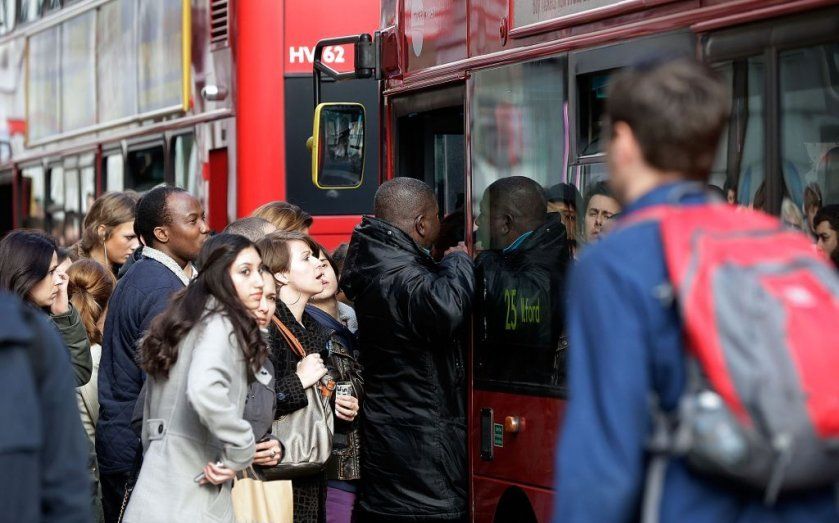 Bad news, Londoners: this week's Tube strike is on after all four unions rejected the latest pay deal from Transport for London.
Although it's being called a 24-hour strike it will actually last longer than that. The action will start at 6:30pm on Wednesday 5 August, and run throughout the whole of Thursday. A full service will return on Friday.
There are cheats you can deploy and plenty of travel advice for how to get around on alternative transport. But how can you work out which routes to avoid?
Data gathered from the previous tube strike in July has identified the most congested route London commuters can expect to face this week.
According to public transport app Moovit the route from Kings Cross station along City Road towards Moorgate and the City of London will be “the most disrupted route” in the capital.
Audience data has pin-pointed the bus route 214 was the most sought after in terms of real-time requests, with an increase of over 120 per cent compared to normal Thursday activity.
The chaos was excerbated by people using routes “they were less familiar with, causing over a 100 per cent increase in people planning alternative routes real-time”, Moovit said.
The biggest increase in commuter traffic to mainline stations came at Kings Cross and Liverpool Street station, as people who usually travel in from outer boroughs on the Tube diverted onto mainline rail lines.
Share
Tags: Night Tube Transport for London Travel delays and disruption