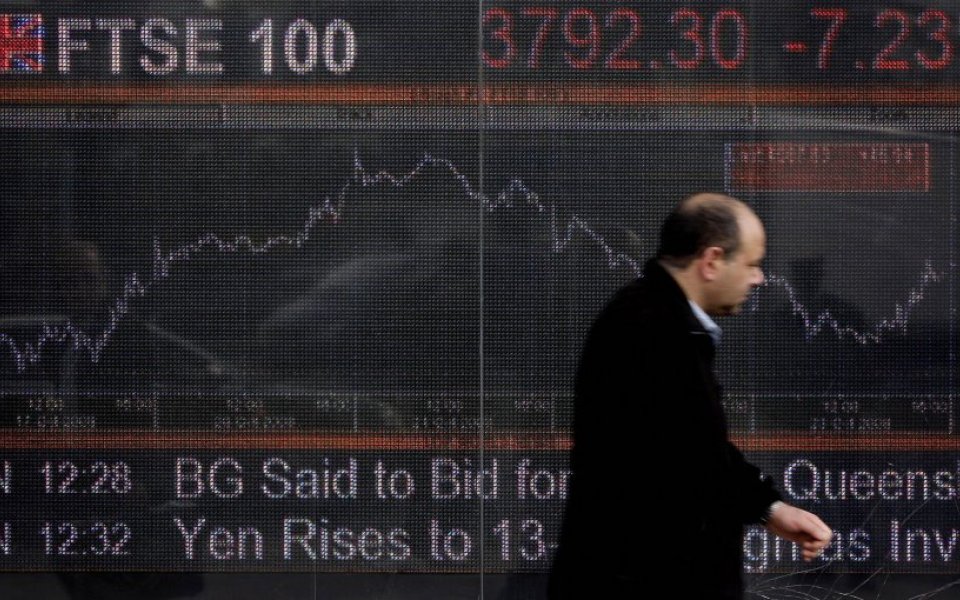 The FTSE 100 index closed down today over renewed fears of weakness in commodity markets and concerns over bank stocks after reports the Chinese central bank suspended a number of foreign banks from conducting some foreign exchange business.

The UK's top blue-chip index shut 0.64 per cent down at 6,274 points, led lower by Glencore, Royal Bank of Scotland and BHP Billiton.

Read more: Oil prices crawl back up as the US braces for colder weather

Meanwhile, bank stocks took a hit after the Chinese central bank suspended at least three foreign banks from conducting some foreign exchange business, according to reports.

Read more: Oil prices crawl back up as the US braces for colder weather

And after some very brief respite yesterday, oil prices fell again as a weaker outlook dominated. BP fell 1.55 per cent to 355.15p per share, while BG Group fell 1.39 per cent, dropping to 991.5p per share.