Primark owner Associated British Foods (ABF) felt the pinch from falling sugar prices in its first half, with pre-tax profit across the group halving to £213m for the six months to the end of February, compared with £434m during the same period last year.

The news caused shares in ABF to open three per cent down.

Operating profit excluding exceptional items was down five per cent to £474m, or two per cent on a constant currency basis.

ABF will pay out an interim dividend of 10p per share. 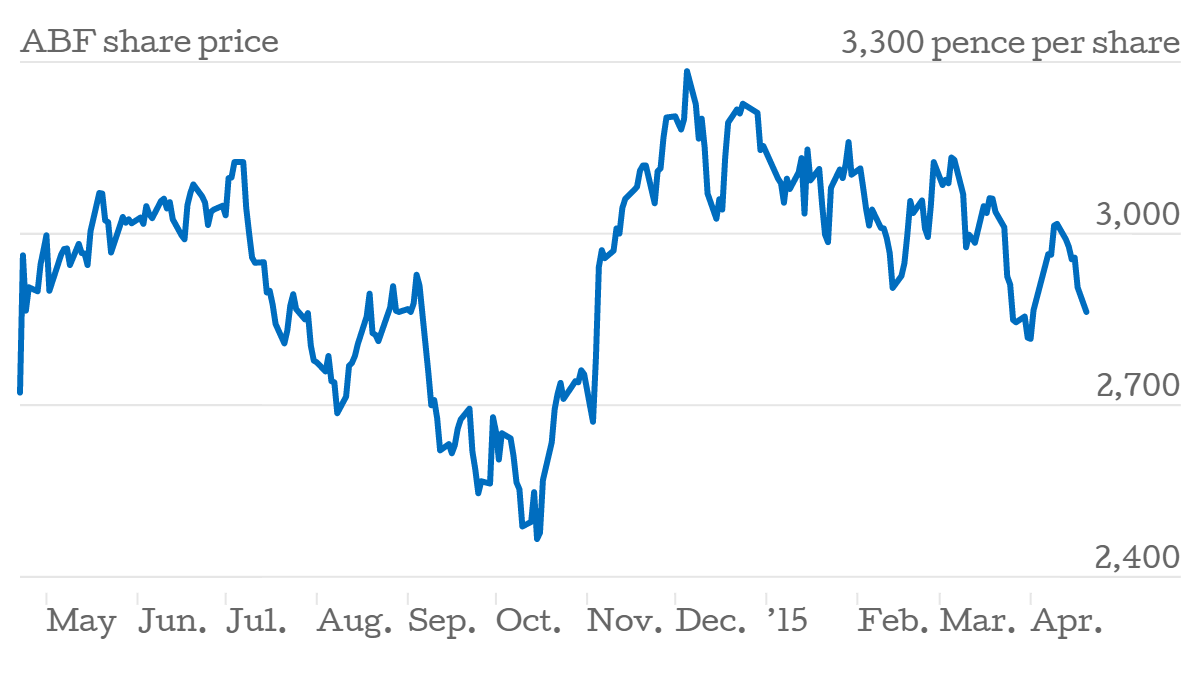 High street favourite Primark has kept ABF comfortable in recent years. But the issues in its sugar business as prices across Europe come under pressure can't be kept at bay by the retail part of the business forever, despite its success in moving into new markets, particularly the US, cashing in on appetites for fast fashion.

This is a sound trading result with significant progress made in operating profit by Primark, agriculture and ingredients, and further improvement in grocery's margin. As expected, profitability at AB Sugar was substantially lower as a result of much weaker EU sugar prices. Primark's performance was driven by significant expansion of selling space and superior trading by the stores opened in the last 12 months and plans for its entry into the north-east of the US are well advanced.

ABF has warned that Primark would not be able to carry the losses in its sugar business. It believes the second half of the year will be sweeter as it offsets lower sugar prices by reducing overheads.