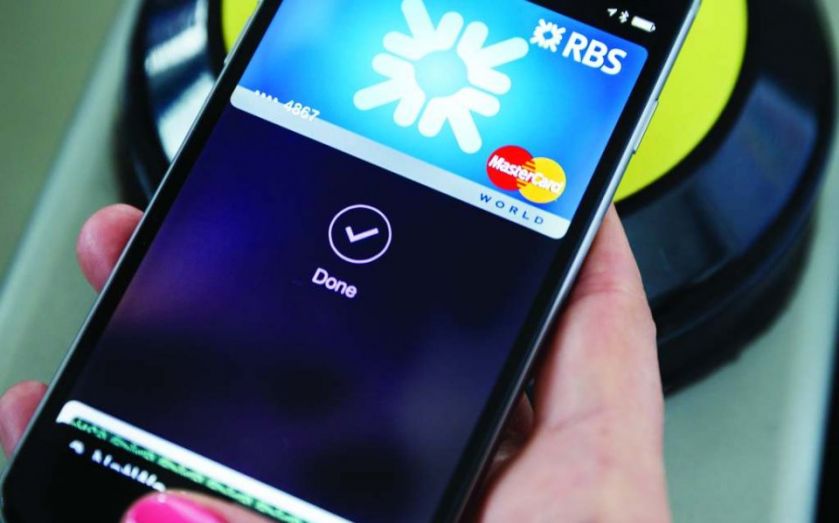 Apple Pay has finally arrived in the UK. Well, sort of. If you have the right iPhone and the right bank and you shop in the right place and if the sun is shining at just the right angle – then you can use Apple Pay (okay, we made the bit about the sun up).
For the next few months seeing someone actually using the service will be relatively rare. It will become less so in September, when a new tranche of banks begin to support the service. By next year we’ll hardly remember a time when we weren’t paying for stuff using our smartphone.

WHO CAN USE IT?

You will need an iPhone 6, iPhone 6 Plus, iPad Air 2, iPad Mini 3 or Apple Watch users  (who’ll need to set it up using an iPhone 5 or later). You’ll also need to download the latest version of Apple’s iOS, which includes the Apple Pay update.
There are a number of banks supporting the service from day one:  American Express, NatWest, Nationwide, MBNA, Royal Bank of Scotland or Santander. Others including First Direct, Halifax, HSBC, Lloyds and TSB will launch later in the year.

First you need to set up a credit or debit card using Apple’s Passbook service. Open Passbook and tap the + icon in the top right corner. The phone can scan your credit card using the camera, which is a remarkably painless way of entering your details. To set up your Apple Watch, you will have to go into the Watch app on your iPhone or iPad.

WHAT CAN I USE IT FOR?

The UK is relatively ahead of the curve when it comes to contactless payments – certainly when compared to our American cousins, so there are plenty of ways to spend your digital money. Major retailers include Louis Vuitton, Virgin Atlantic, Starbucks, H&M, Pret, M&S, Pandora, Wagamama, Waitrose, Liberty, restaurant chain Iberica and, of course, the Apple Store. The other major use for Londoners is Transport for London – you can now pay for your Tube journey using your phone. But beware; if you have a pre-paid travel card loaded onto your Oyster you’ll need to continue to use it, otherwise you’ll essentially be paying to travel twice.

HOW DOES IT WORK?

Once it’s set up on your iPhone or Watch, you just need to tap it on the contactless payment reader. This will automatically prompt you to use the biometric thumb-scanner to confirm your identity. If you want to use a card other than the one selected as your default, you’ll have to select it. If you’re using an Apple Watch, you’ll have to hold it to the sensor and double tap the “digital crown”.
Remember: at the moment, contactless payments are restricted to just £20, although this will be rising to £30 in September.

IS IT ACTUALLY QUICKER?

It’s definitely quicker than rummaging around in your pocket to find your money and then waiting while a cashier fetches your change. It’s probably quicker than typing in your PIN, but it will take a little longer than the lightning-fast contactless payments we’ve all been getting used to over the last couple of years. When it really takes off – as it inevitably will – we can imagine it causing some consternation to begin with when people faff around trying to get the biometric-scanner to recognise their thumb-print while there’s a big queue at the Underground turnstile.

WHAT’S IN IT FOR APPLE?

Apple has said it will not keep information on “any transaction information that can be tied back to you”. It can, however, tell where and when money is being spent, albeit without knowing who is doing the spending; this information is certainly of some commercial value. There have also been reports that Apple will keep a small slice of every transaction made using Apple Pay, although details are difficult to come by.

ARE THERE ANY RISKS?

While biometric authorisation is far harder to crack than a passcode or pattern, the technology still has some way to go before it’s perfected. A recent UK study found that glitches prevent around one per cent from enrolling in the biometric system; a lot of people when applied to a large population. There are also privacy issues at play as some private companies are known for sharing data with third parties and hackers can get their hands on some serious information with your biometrics. Cashless trials at festivals have found that contactless punters spend 20 per cent more on average than those handing over cold hard cash. And battery life is notoriously short on smartphones, so if your phone dies, you’re more than cashless, you’re penniless.

THE WAR ON CASH

Transport
With apps like Uber, cashless buses and contactless payments on the Tube, public transport is practically a note-free zone already. The London Underground has had NFC technology since the introduction of the Oyster card, which means it’s Apple Pay ready.
Retail
Many high street retailers have jumped onto the contactless bandwagon in recent years, including major chains like Marks & Spencer, Boots and Waitrose. The £20 card limit makes it particularly appealing to sandwich and coffee shops wanting to capitalise on the lunchtime rush.
Events
The days when you paid cash for a gig on the door are practically gone, but apps like EventBrite and Dice are completely doing away with cash, paper tickets and secondary ticketing, too. Just pay the venue directly via an app and show an e-ticket on the door.
Festivals
Many of the UK’s festivals are running cashless trials this summer, experimenting with digital wristbands so punters can leave their cash at home. Loaded with credit and individual ID numbers, wristbands are also more difficult to forge than cash or paper tickets.
Restaurants
Most restaurants now have an online booking option, but global reservations app Zomato is going one further and trialling a cashless service that allows diners to pay via its app. It hasn’t arrived in London yet but it claims over 200 restaurants have signed up in Dubai.