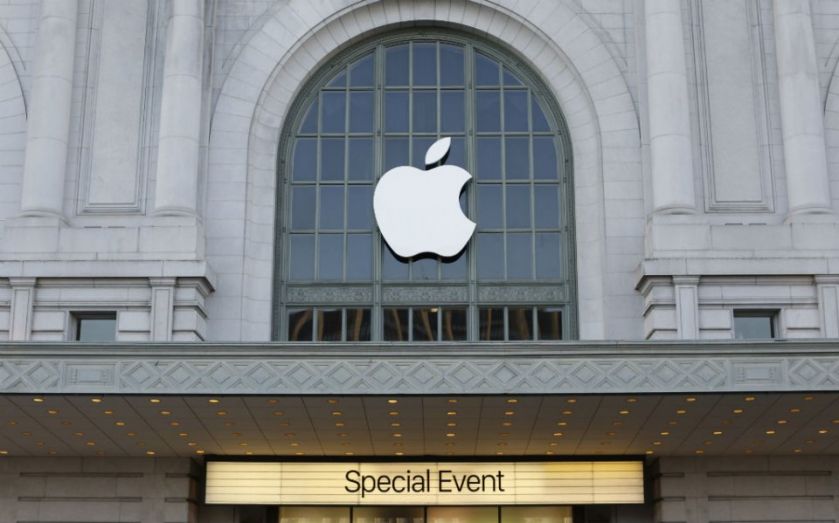 Apple shares have slipped by as much as two per cent lower after an event unveiling a host of new products, including the much anticipated iPhone 6s, 6s Plus, iPad Pro and Apple TV.

Shares had risen one per cent in pre-market trading earlier, while in the weeks running up to today's launch, Apple stock experienced a slide for the first time pre-iPhone launch since 2007,

The new 12.9 inch iPad has been called the "most advanced iPad ever" by Apple's senior vice president Phil Schiller.

Find out everything announced about the iPad Pro here.

The iPhone 6s and 6s Plus, which chief executive Tim Cook said were the "most advanced smartphones in the world", come with 3D Force Touch screen control and an improved 12 megapixel camera.

Find out everything about the iPhone 6s and 6s Plus here.

A makeover of Apple TV was announced, adding an app store and games, as well as running on a new operating system. Siri, the voice assistant on iPhones and iPads will also now be available on the TV.

Find out everything about Apple TV

Cook also revealed developments for the Apple Watch, including an update of the operating system, available on 16 Septemeber, and that Facebook will be available on the smartwatch for the first time through the Messenger app.

New watch models and straps include a model designed by luxury fashion brand Hermes, new rose gold and gold colours in aluminium which will go on sale at the same price as the sport model. There’s also a Product Red band, part of the charity range where some of the sales are donated to fighting Aids. All the new watch products will be available from today.

Apple continued to keep the success of the Apple Watch under wraps, avoiding any update on sales figures for the wearable at the event, however.

Here's how analysts reacted to the new devices

Since the launch of the original iPhone 6 and the unveiling of the Apple Watch exactly a year ago, Apple stock has had a rollercoaster ride, climbing to an all-time high on its success and tumbling on Black Monday along with global markets last month.