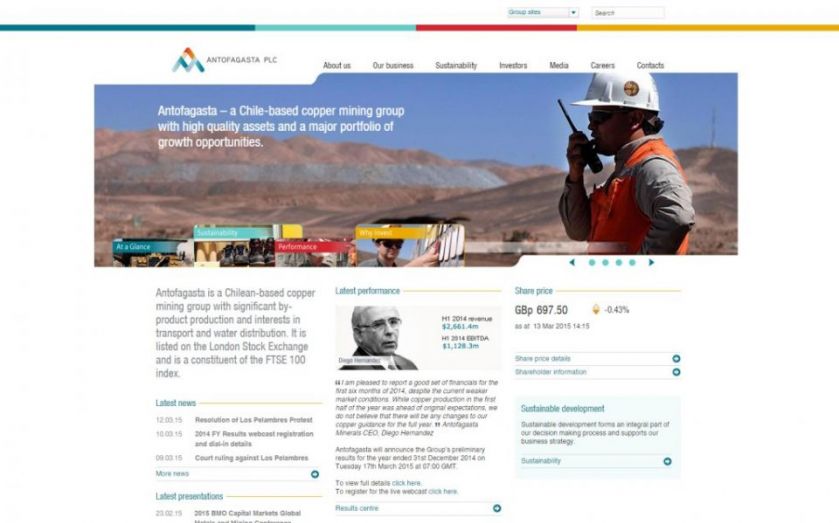 Shares in mining firm Antofagasta were up by 1.36 per cent yesterday, after it announced an agreement had been reached with protestors who were blocking access to its operation at the Los Pelambres mine in Chile.

Normal operations are set to resume in the next few days.

Protests have been ongoing at the site since the end of February, with demonstrators seeking action by Antofagasta subsidiary Los Pelambres and the local government to help alleviate the current drought conditions.

Antofagasta said yesterday that copper production is expected to be reduced by 8,000 tonnes as a result of the protests.

For the past week, Los Pelambres has been in discussions with relevant stakeholders, including the local community, regional authorities and the national government to resolve the situation.

As part of the agreement established, Los Pelambres has agreed to contribute funding for the study of a desalination plant project.

The firm also agreed to contribute funds to complete studies for the construction of a water dam for local use. Los Pelambres also agreed that it will use sea water for any further expansions of its mining operations.

On Tuesday, the civil court of Los Vilos ruled that Los Pelambres must destroy a dam it is constructing at the mine, as it is obstructing the natural flow of water to the local town of Caimanes.

Analysts at Barclays said yesterday that Antofagasta has “a reasonable track record in dealing with these sorts of issues”. They added: “We would expect it to come out relatively un­scathed.”