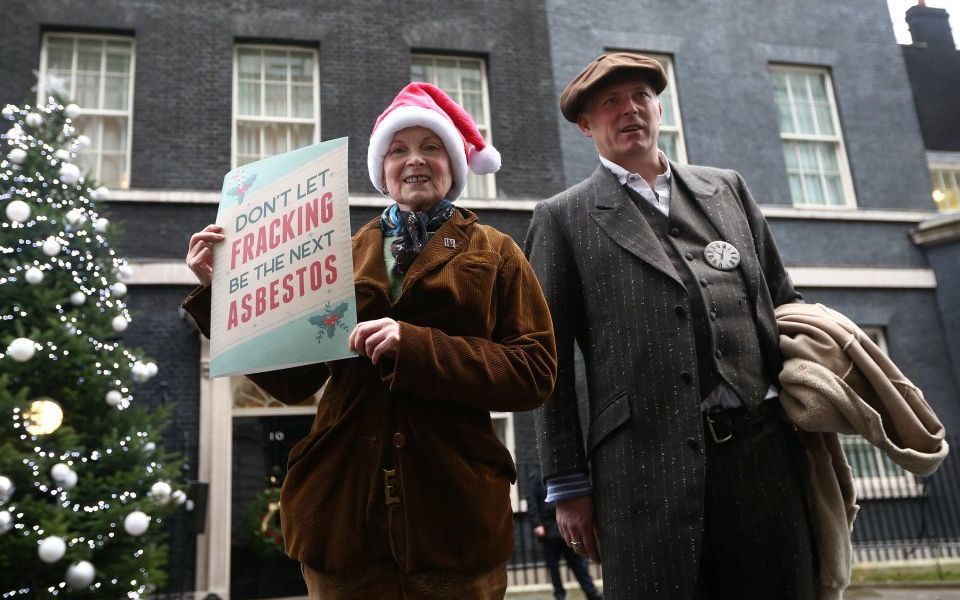 The Court of Appeal threw out part of the lower court’s decision, but upheld bans against trespassing on Ineos land and interfering with private rights of way.

After they left court this morning, both sides accused the other of gaming the law.

“Today’s win is a fantastic result and has restored my confidence in the British legal system,” Corre said.

“Ineos thought they could game the British legal system by using Asbo [antisocial behaviour order] laws designed to protect people, against the people. They can think again!”

“We respect peaceful protest, but we must stand up to the militants who game the legal system with intimidation and mob rule. We stand for jobs and opportunity. They stand for anarchy in the UK,” he said in a nod to Corre’s father, former Sex Pistols manager Malcolm McLaren who died in 2010.

Protesters have gathered at fracking sites across the UK, as Ineos and Cuadrilla fight to become the first companies to start pumping out shale.

Some protesters have slowed down vehicles driving in and out of the site by walking slowly in front of them.