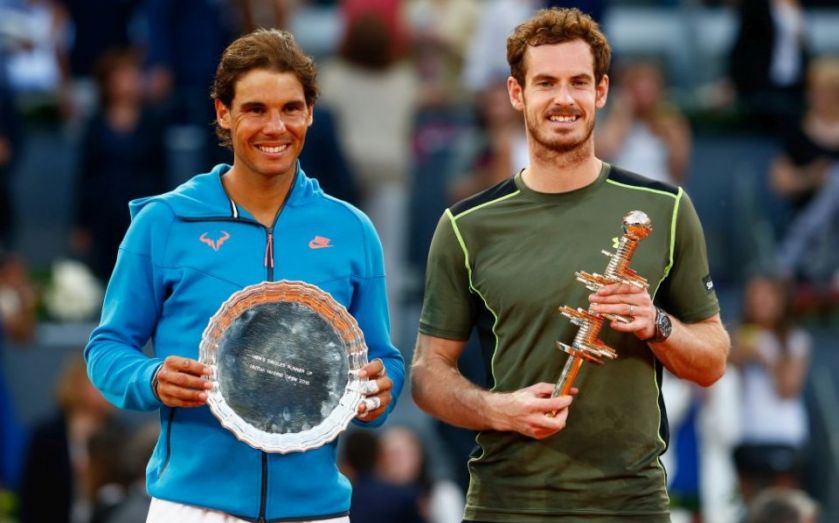 After dispatching Rafael Nadal in straight sets in the final of the Madrid Open yesterday, Andy Murray is earning money from his on-court exploits faster than ever before.

Murray's Madrid magic came just one week after his Munich mastery on Monday – earning him his second clay court trophy in less than a week and the 10th ATP World Tour Masters 1000 trophy of his career.

Of course, prize money pools will have increased over time yet Murray's successful start to the year is also demonstrated by his 30 wins from 35 matches. Only once before, in 2009, has Murray won more games at this stage in the season.

In March, the 27-year-old became the first British player to reach 500 career wins at the Miami Open.

Never before has Murray enjoyed such a blistering start to the season – his previous best prize money haul after the first week in May came two years ago when he had just short of $2m. The Scot went on to win a further $3m including $2.5m from his Wimbledon triumph.

Only Novak Djokovic has enjoyed a more lucrative start to the year – having already picked up $5m from five tournament victories including wins over Murray in the finals of the Australian and Miami Open.

Djokovic is the second-highest earner of all time on the Mens' ATP Tour, with $77.7m amassed in career prize money. Only Roger Federer, with $89.8m, has more.