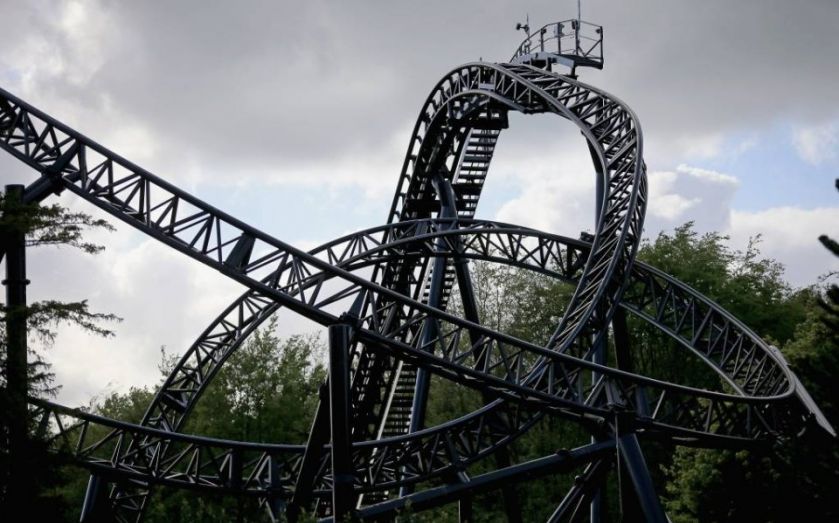 Alton Towers' parent company Merlin Entertainment's share price plummeted this morning after issuing a profit warning, following the rollercoaster collision last month in which four people were left seriously injured.
The horrific accident, which occurred at the start of June, has caused “significantly reduced volumes” of customers at Alton Towers and “to a lesser extent” across the estate.
First half earnings for its resort theme parks operating group, which will be published on 30 July, are now expected to come in between £40m and £50m, compared with £87m in 2014.
“The magnitude of the financial impact is the result of both a significant reduction in revenue and the requirement to maintain an appropriate investment in customer service and marketing through peak season,” Merlin Entertainment said.
“Action is being taken to rebuild momentum and re-engage with our customers,” the group added. “Although difficult to assess at this stage, we believe that there may be some continued adverse impact on the resort theme parks operating group profitability in 2016.”
Merlin Entertainment's share price was down more than six per cent in early trading.
Two carriages of the Smiler rollercoaster collided at the start of June, leaving 16 people trapped on the ride. A 17-year-old woman and a 20-year-old woman have subsequently both had one of their legs amputated, while others sustained serious leg injuries.
It led to Alton Towers being temporarily closed, as well as the suspension of UK theme park marketing and temporary ride closures at two of its other UK theme parks.
“We have committed to support those injured as best we can and implemented additional safety protocols to be sure that a similar accident will never happen again,” Merlin said.
Better than expected financing costs with bring underlying profits broadly in with last year's £249m level.
Share:
Tags: Company Merlin Entertainments