With the AI genie firmly out of the bottle, what impact could this have on accountants? 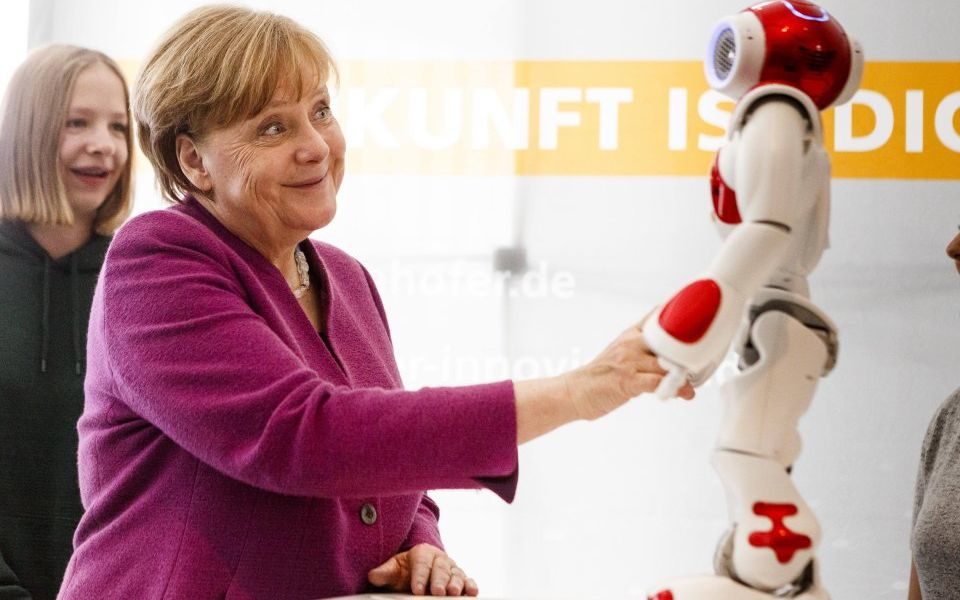 This month, the British Film Institute celebrates the late Stanley Kubrick with a retrospective of his work.

One of Kubrick’s most celebrated films, 2001: A Space Odyssey, was ground-breaking in its depiction of space – and it’s extraordinary to think that all the special effects created for it were achieved entirely without CGI, over 50 years ago.

What is even more prescient is the film’s treatment of artificial intelligence (AI), in the form of the sentient computer, HAL 9000 – an integral part of the on-board crew in 2001, capable of speech, speech recognition, lip reading, interpreting emotional behaviours, and automated reasoning.

Half a century later, it’s a role and function that’s now becoming part of how we work – not least for professional accountants.

From fantasy to reality

We see tomorrow’s professional accountant as something of a cyborg – a human brain enhanced by apps, digital tools, and AI.

So is the accountancy profession just jumping on the AI bandwagon?

The phrase “artificial intelligence’ was coined 63 years ago by John McCarthy, an American computer scientist. But it’s arguably only now that we’re beginning to see AI becoming a truly embedded part of our daily lives.

We can certainly no longer view the human-machine partnership as movie fantasy.

In fact, machine learning, which uses mathematical algorithms to crunch large datasets, is increasingly being explored for business applications in AI-led decision-making.

Our most recent global research, “Machine learning: more science than fiction”, surveyed nearly 2,000 ACCA members on their experience of AI.

Almost 60 per cent told us that it will become a reality within three years, and they see it as a huge opportunity for better business intelligence across a range of activities carried out by accountants. Less than a third currently see AI as mostly hype.

There is plenty of terminology flying around in this technological sphere, and there is a minefield of different interpretations as to what each definition means.

But if you hear the phrases machine learning, machine intelligence, thinking machine, or electronic brain, these are all variations of AI.

One way to describe AI is the ability of machines to exhibit human-like behaviour in areas like thinking, understanding, reasoning, learning, and perception. And machine learning is a sub-set of AI that describes the ability of a computer system to make predictions based on the analysis of large historical datasets.

Hence, over time – and this is the game-changer – a machine will be able to learn and identify characteristics where outcomes are not explicitly programmed.

I cannot emphasise enough just how important it is for professional accountants to appreciate the value that AI can bring and how it can complement the work that they do.

From generating valuable insights for business decision-making to fraud detection, the applications for AI in the finance sphere are immense.

So the profession needs to understand how AI and machine learning works, especially given its role in influencing the trust we have in the decisions of these systems.

However, with opportunity comes risk, and accountants need to mitigate potential ethical compromise from decisions made by an algorithm.

With machine learning, there is the danger of unintended consequences. For example, bias in the input data used by an algorithm can create unfair or unacceptable outcomes.

In this context, it will be important for professional accountants to develop a core understanding of these types of emerging technologies.

The profession can truly benefit from the ability of these technologies to support them with intelligent analysis of vast amounts of data.

While professional accountants may not need to develop machine learning algorithms themselves, they do need to have a sense of what they are dealing with.

They must have the ability to ascertain whether decisions made by these systems can be trusted and viewed as ethical. And this is where professionalism and acting in the public interest very much come into their own.

Is AI a realistic threat to the accountancy profession?

The Office for National Statistics recently found that almost 26 per cent of jobs relating to professional accountants would be at risk from automation.

Certainly AI is likely to bring some disruption to the industry, for example in areas where the “intelligence” needed is in a specific, defined sense.

An example might be the coding of invoices where the AI could learn from historic data and do the coding to high accuracy thereafter.

But even sophisticated technology like this currently struggles to replicate the full contextual understanding and integrated thinking of which humans are capable.

Rise of the robots

AI may not be ready to “take over” completely, but the accountancy profession cannot be complacent, and must prepare for the future.

Automation is a powerful tool with tremendous potential.

It has crept into our day-to-day lives, and now encompasses a staggering range of applications, including fraud identification, detecting machine failure, speech recognition, autonomous driverless cars, and the diagnosis of health conditions.

As a Space Odyssey predicted, what constitutes ethical decision-making in a digital age – and what fractures the relationship between HAL 9000 and the human crew – is a central dilemma.

With the AI genie firmly out of the bottle, it’s a question we need to tackle, both in the profession and beyond.