After blaming MPs for Brexit delay, Theresa May seeks Article 50 extension in Brussels 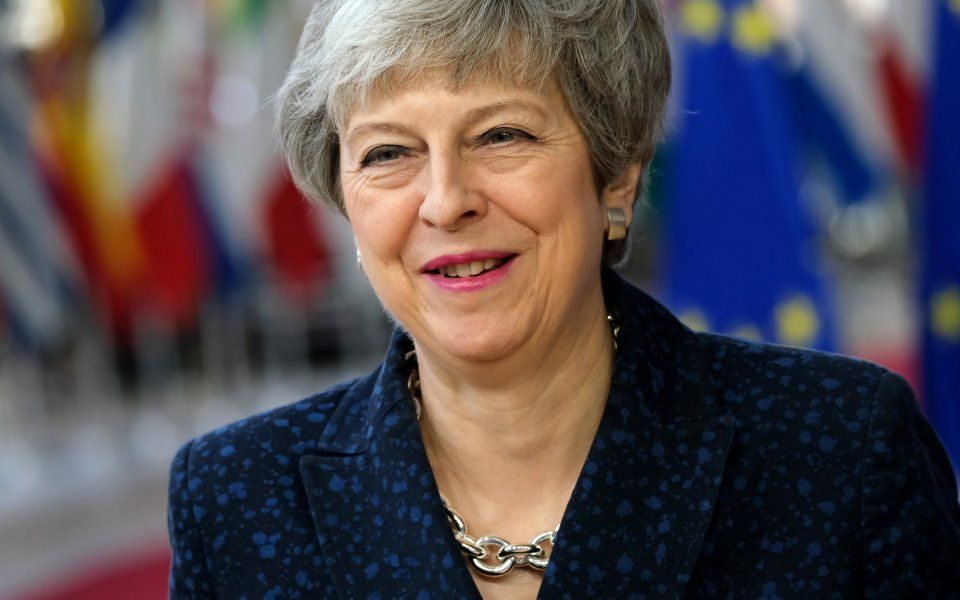 If Brexit were a Netflix original series it would be considered one of the greatest dramas ever produced. The enormous cast of characters, the sprawling subplots, the infighting, the defections, the backstabbing – next to it, Game of Thrones would seem like your average kitchen sink drama.

Even as Brexit supposedly reaches its finale on March the 29th the tension just keeps ramping higher.

This past week has seen twists aplenty. Things got off to a bad start when John Bercow, the House of Commons Speaker, blocked the government from presenting Theresa May’s Withdrawal Agreement to MPs for a third “meaningful vote” without substantial changes to the deal.

Markets were quick to sell the pound, with cable retreating from the $1.33 handle to bounce off $1.3180 before curbing losses to trend around $1.3260.

It was a blow to the Prime Minister, but it becomes even more of an obstacle now the reports suggest the European Union will only agree to an Article 50 extension if the Prime Minister can first get parliament to pass her Withdrawal Agreement.

Just when it seemed like the week couldn’t get any worse for Theresa May, on Wednesday night she gave a televised speech in which she stated that she was on the voters’ side and blamed MPs for the UK’s failure to agree a deal and leave the European Union on time.

Unsurprisingly this has inflamed tensions in Westminster, with many calling the Prime Minister’s attempt to set parliament against the people as dangerous and reckless.

Given that May has now alienated most of the Commons it seems almost impossible that she would be able to get the support to circumnavigate the Speaker’s wishes and put MV3 back before parliament, and that’s without even discussing the odds that such a vote could be approved when it has already been heavily defeated twice.

Meanwhile, Jeremy Corbyn is in Brussels discussing alternatives to Theresa May’s Brexit agreement with EU leaders. The Labour Party’s position is for a much closer relationship with the European Union after Brexit – one that includes membership of the single market and customs union. It won’t fly with Brexit-supporting MPs, but at the very least the idea that a soft Brexit is being negotiated by the opposition could push some hardliner Brexiter Tories into backing Theresa May’s deal.

The Prime Minister is in Brussels today to attempt to persuade the EU to grant a short extension. May wants talks to continue to June 30th, but EU officials are likely to suggest that they can’t extend past late may, otherwise the UK would have to take part in European elections.

It’s also worth noting that the spectre of no Brexit, or even a second referendum, refuses to dissipate. This morning has seen the government’s e-petition website crash, which many are claiming is down to the popularity of the new petition asking the government to revoke Article 50.

At the time of writing, the petition was fast-approaching one million signatures, with celebrities including Professor Brian Cox, Jennifer Saunders, and Hugh Grant all claiming to have signed and urging their Twitter followers to do the same.

So, where do we stand?

The UK is seeking a short extension to Article 50.

If Theresa May manages to secure this, it will likely be even shorter than anticipated so as to avoid EU elections.

Theoretically the Prime Minister needs to get her Withdrawal Agreement approved in a “meaningful vote” in order to extend talks, but in reality the EU are likely to grant an extension regardless, because they want to make sure that they are not blamed for the UK eventually crashing out without a deal in place. Officials want to do everything possible to be seen to be accommodating.

Which is lucky, because the chances of May even being allowed to hold MV3 are phenomenally low, especially now that her speech has caused uproar amongst the very people from whom she needs support at the 11th hour.

All in all, another pretty standard week in Brexit Britain. The pound remains caught between two extremes; a no deal exit (the odds of which have consistently been underestimated by traders) could push cable below post-referendum lows, while a deal could see the $1.40 level breached.