ACCA Comment: For women in business, small steps are no longer enough 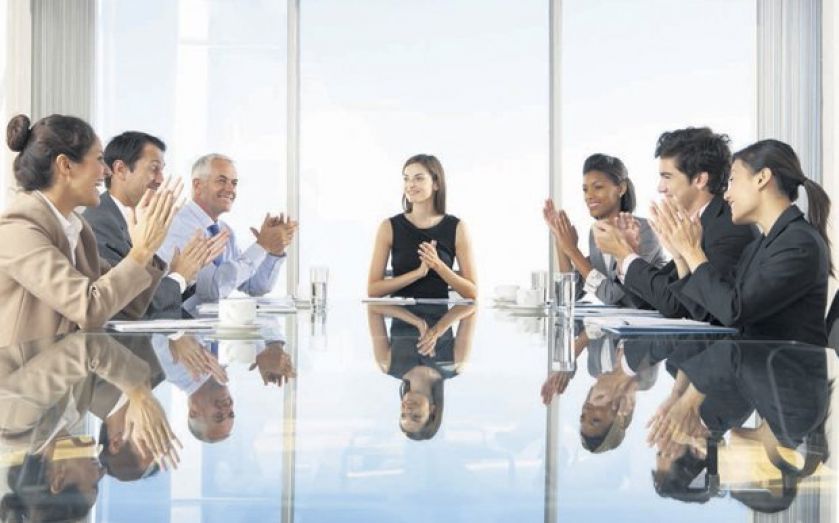 We must fire on all cylinders for gender equality to happen.
As an analogy for the barrier women face to career progression, the glass ceiling has been around for so long that it seems unusually robust for something supposedly so fragile. Yes, more women are breaking into the higher echelons of business and other organisations, but it still tends to be an exception, indicating that this glass ceiling won’t break.
There are other signs that the issue is moving forward. Following his female-focused reshuffle, there are reports that the Prime Minister might be open to women-only short-lists in Conservative Party selection processes. The Church of England this week also voted to allow women into the top ranks of the church, by a considerable majority.
More widely, there are a plethora of women’s networks, coaching and mentoring opportunities, and more diversity and inclusion professionals than ever before.
But is any of this really enough to guarantee parity between the sexes across business and other institutions? I believe these steps lack ambition. They only seem to be about giving women a helping hand. Fifty per cent women bishops, 50 per cent or even a majority of FTSE 100 board members, and half of all MPs being women are still all a million miles away, and require significant organisational change.
Recent gestures, however, suggest that now is the time to up the ante and get on a path to guaranteed equality, rather than the “every little helps” approach adopted now.
The question is how. No single initiative will make that change. It’s going to require an array of measures to create an even playing field. The UK has made some improvements in getting women signed up to certain sectors, such as law and accountancy. But once they are in, there is a complexity of issues holding them back from making it to the top.
Stopping just shy of quotas, the business world and beyond needs to show a collective commitment. The Davies Review report Women on Boards cited evidence suggesting that firms with a strong female representation in top management and the boardroom perform better than those without, and gender-diverse boards have a positive impact on performance. This is therefore about better business, not some tick-box exercise.

WOMEN IN BUSINESS AND FINANCE

The business and finance world varies when it comes to gender equality, with some parts struggling to come close to even making an indent in the current status quo, let alone breaking through it. It’s helpful to reflect on progress in other areas when considering how to respond, because it’s not only in business that there is a different challenge for women than for men. Although, for example, the World Cup is over for another four years, how many football fans will be aware that in a year’s time it is the Women’s World Cup in Canada?
I’m confident there will be less of a big deal made of it than the men’s World Cup. However, other major sporting events, such as the Women’s Ashes, have an increased following as success has resulted in more coverage. And in athletics, men and women have an equal footing on the track and field.
Across business, sport and other arenas like politics, women do not always get the recognition they deserve. But some of the issues are familiar, and so potentially are the solutions. Equal exposure. Equal pay. Celebration of success. Strong role models.
There are positive signs in business in sectors like accountancy, which feeds the talent pipeline for chief financial officers and even chief executives, making it a strong route into the boardroom. There are high numbers of women studying for professional accountancy qualifications in the UK and across the world. The latest Financial Reporting Council (FRC) statistics show that 51 per cent of ACCA students across all 180 markets where ACCA has a presence are women.
However, discrepancies exist even within accountancy. The same FRC statistics showed that, while 45 per cent of ACCA’s members are women, the average across the whole profession is only 35 per cent, leaving significant room for improvement as the sector grows in size.
Yet even with our near parity representation in student and membership numbers, we still find ourselves struggling to ensure that those 45 per cent of women currently practising as ACCA finance professionals will smash through that detestable glass ceiling.

ARE QUOTAS THE ANSWER?

The talk of female quotas to almost force the promotion of women is not new. The EU is proposing to impose a minimum number of women on boards by 2020. However, many women, me included, would always have that nagging thought that we had not been promoted on merit. While it may have worked in other countries, organisational culture would play a huge part in the success or failure of such a tactic.
The added challenge is that career paths in many sectors are no longer as linear as they used to be. Ask any ambitious person – male or female – how they intend to gather the skills they need to be successful at the top, and sideways moves, international secondments, and even out of sector experience are increasingly on the cards. In fact, much of this is driven by the board’s desire for more rounded, strategically-minded leaders.
Perhaps part of the answer is in the glass ceiling itself. Being made of glass, it should at least be transparent.
Businesses should set appropriate targets to get women into the boardroom or similar senior positions. While those targets won’t be binding, they should be in the public domain, and they should come coupled with a “comply or explain” approach. It gets businesses thinking about why and how they promote people, looking at what skills they need for senior positions. Combined with strategies, such as transparent succession planning at the very top of a business, we could see some clarity at least over how people break into the boardroom or other senior positions.
There is an additional driver for this approach: today’s clients and customers are more conscious about who their supplier is. The public is more sensitive to a business’s overall activities. That goes for how it treats its staff too. Greater transparency in a company’s non-financial information, including its gender make-up, could make all the difference to whether customers choose to do business with them or not.
Consider the recent diversity disclosures by the tech giants. If Google or Facebook fail to make progress on changing the make-up of their tech or leadership teams, who will hold them to account now? Potentially not just their shareholders, but the buying public.

Yet this approach alone is not going to result in boardrooms across the nation becoming 50-50 in gender make-up. We need to look at developing existing and new initiatives to propel forward this long-awaited push for equality.
One such measure, if used properly, is new rules that came into force at the end of June, giving most employees the right to request flexible working. Talking Talent’s 2014 study revealed that women saw flexible working in the professions as the single biggest factor for progressing their careers (38 per cent). And businesses are anticipating a rise in requests. Pay & Benefits Magazine’s recent survey showed 58 per cent were expecting more flexible working requests from staff.
But it needs buy-in from senior management if it is going to work. Flexible working should be about maintaining talented staff and ensuring their careers continue to progress, rather than stall, if they change their working pattern for child care or other reasons, whether they are a man or a woman.
And even if flexible working is embraced, it should be coupled with more visible role models in the boardroom and the need for better networking to give women an insight into leadership – driven by the business, not the individual. There needs to be more concrete effort within businesses to fill these gaps, perhaps through mentoring programmes for all board members, with the long-term future of the business the prime motivator.
Is it too much to ask for a business to publish a “women in leadership strategy” to embrace all of these complex opportunities and measures under one roof, with the aim of getting more women around the top table?
Let’s stop looking for a silver bullet, or making gestures here and there, and start firing on all cylinders to become world-leaders on gender equality.
Share
Tags: Office Politics Archive