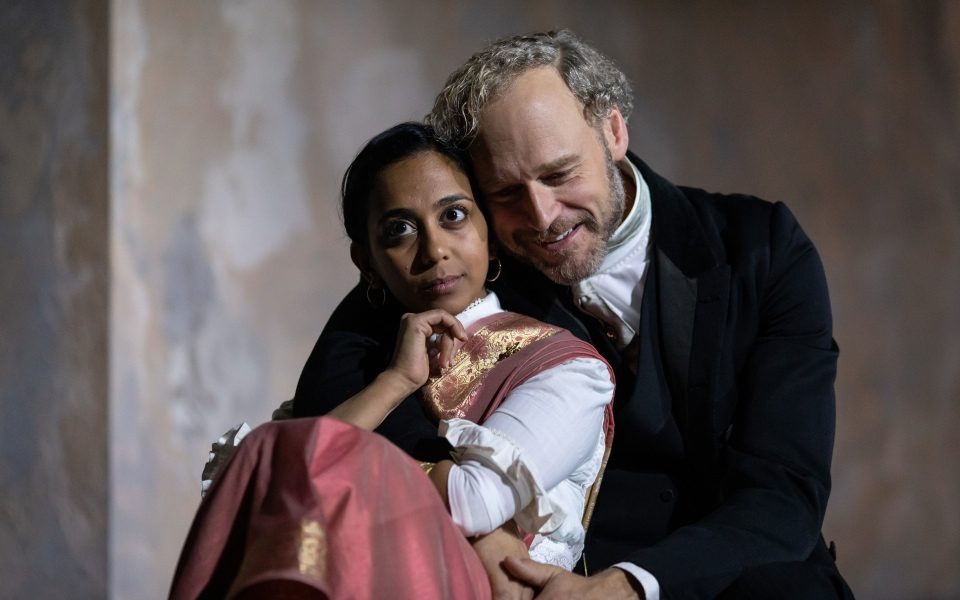 There has been a fashion in recent years to take 19th century European dramas and relocate them to modern-day India, where it is imagined that their overt classism, sexism, paternalism, and obsession with family and honour, will seem less anachronistic.

The results have been varied – from the fun and frivolity of the Jane Austin-masala Bride and Prejudice, to the general miserableness of the Tess of the D’Urbervilles adaptation Trishna – and yet all of these have been less impressive covers of the originals, which ultimately change little but the setting.

Tanika Gupta’s new adaptation of Henrik Ibsen’s classic A Doll’s House – now on stage at the Lyric Hammersmith – is something wholly different. The story still takes place in the year of the play’s first performance, 1879, but in transferring the action from a small town in Norway to Calcutta under the Raj, it does much more than simply change the scenery.

Gupta’s focus on the marriage between an English official and his Indian wife layers further conflict and misunderstanding on to an already fraught plot, in the form of colonialism, racism, Orientalism, and anti-imperialism.

A seemingly doting husband, Tom exoticises and infantilises Niru, calling her his “princess”, his “skylark”, and “an expensive pet”. When a financial indiscretion threatens his reputation, it also upsets the delicate balance of their relationship.

Elliot Cowan gives a strong performance as Tom, whose passion and liberal bluster stand in deliberate contrast with the quiet, empathetic radicalism of his friend Dr Rank, (the equally good Colin Tierney). But it is a sparkling Anjana Vasan who is critical to the success of this production. As Niru, she is on stage throughout most of the two and a quarter hour runtime, and she is so precisely calibrated that by widening her eyes she can make the same emotional impact as a well-delivered soliloquy.

Director Rachel O’Riordan has crafted a reimagined play that improves on the original, lending new relevance to a story that has become over-familiar.