Michael Macfarlane
Michael is the author of ‘Beta Humans: Travelling To The Future Of Humanity'. 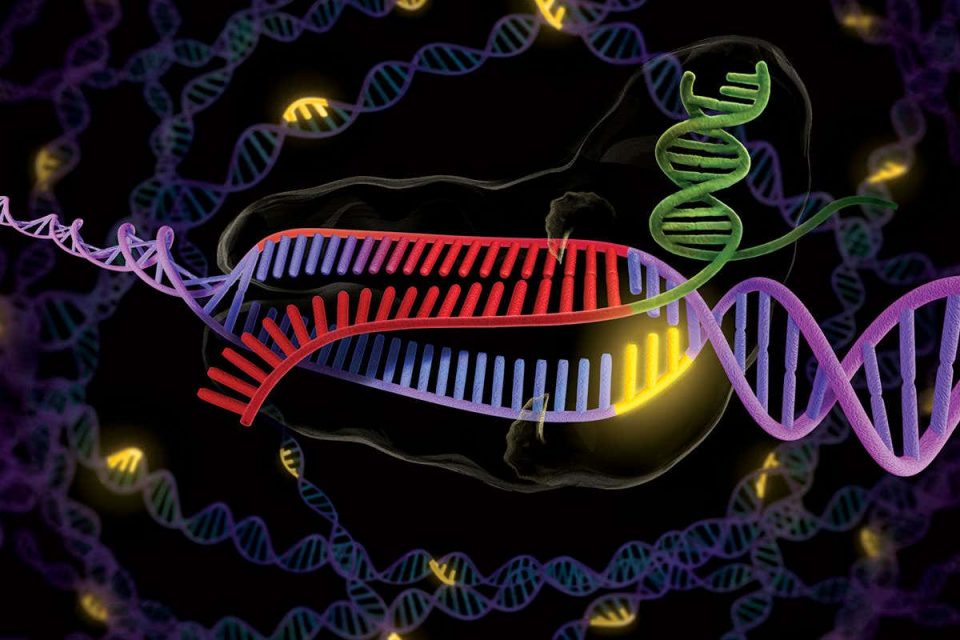 Techno-optimists like to talk about the notion of a “singularity” – a time when technology progresses so rapidly that life is transformed beyond recognition.  The driving force of this hypothetical event is typically regarded to be artificial intelligence becoming omnipresent.

But what does omnipresent AI really mean for everyday life?  ‘Technoking’ Elon Musk says that omnipresent AI is an existential threat that will develop in a virtuous cycle of growing intelligence until machines subjugate humanity within five years.  By contrast technologist Tej Kohli believes that AI will be entirely benevolent whilst adding $150 trillion to the global economy within five years.

Sometimes, in order to better understand how deep technological change will manifest, it can be useful to look toward the more absurd margins of its application.  Surely for example, we will only be able to say that artificial intelligence has truly become ‘omnipresent’ when it trickles down into the most superfluous, absurd and trivial of everyday applications?

We can also apply this same thinking to the world of biotechnology, where CRISPR has been much vaunted for its the potential to be become the nucleus around which a world-changing ‘singularity’ might occur.  CRISPR technology – also known as ‘genetic scissors’ – enables scientists to make precise changes to the DNA contained within living cells.

In 2011 Emmanuelle Charpentier published a scientific article describing the final piece in the CRISPR-puzzle, and by 2020 Charpentier and Jennifer Doudna won the Nobel Prize in Chemistry for their development of CRISPR.  The Chair of the Nobel Committee for Chemistry said of CRISPR that “There is enormous power in this genetic tool, which affects us all.”

The potential applications of CRISPR within the life sciences, where it is being used to develop new therapies and to potentially eliminate many diseases, are of great substance.  But to assess whether CRISPR represents the kind of ‘singularity’ that will eventually permeate every single aspect of our everyday lives, we can also look toward its more superfluous applications.

California-based company Synthetic Genomics is seeking to improve the production of biofuels by using algae. Using CRISPR-Cas9, the company has created strains of algae that produce twice as much fat, which is then used to produce biodiesel. Algae does not naturally produce high enough levels of fat to make the production of biodiesel economically viable.

CRISPR gene editing allowed scientists to find and then remove the genes that limit the production of fats. With this modification, the efficiency of converting CO2 into biofuel using algae is much higher. Synthetic Genomics is now working with ExxonMobil to meet the target of producing 10,000 barrels of algae biofuel per day by 2025.

In Norwich, United Kingdom, scientists at Tropic Biosciences have created a gene-edited variety of coffee beans that are naturally decaffeinated. Using CRISPR, the company has been able to turn off the genes that make the beans produce caffeine.

The company says that this variety could have a positive impact on the flavor, nutrition and cost of decaffeinated coffee, which is currently produced using a costly and aggressive process in which the coffee beans are soaked and then steamed.

Tropic Biosciences CEO Gilas Gershon says that the gene-edited product removes caffeine whilst maintaining a larger amount of the healthy compounds that naturally occur in coffee.

Scientists in Brazil and Ireland are using CRISPR to turn on nascent spicy genes within tomatoes. Tomatoes already carry many of the genes needed to produce capsaicin, the compound that makes chilli peppers spicy. With tweaks from CRISPR gene-editing technology, the researchers have been able to give tomatoes the missing genes to make them spicy.

Whilst this may seem extremely trivial, chilli peppers are actually extremely hard to grow and have a much lower crop yield than tomatoes. Being able to turn to a humble gene-edited tomato as the source of our hot spices could mean a more sustainable and efficient use of resources.

The ‘great Passenger Pigeon comeback’ has fuelled a global dialogue on developing de-extinction as a conservation tool.  The last known passenger pigeon—a bird named Martha—died in captivity at a Cincinnati zoo in 1914. But since 2017, Ben Novak, Lead Researcher at Revive & Restore has been using CRISPR technology to introduce genes from the Passenger Pigeon into its modern-day relative — the Band Tail Pigeon.

The resulting pigeon ‘hybrids’ will be bred for several generations until the offspring DNA matches that of the extinct species. The first generation of ‘revived’ pigeons is expected to hatch in 2022.  Not long after, the Woolly Mammoth, which vanished from the Earth 4,000 years ago, could also follow thanks to a research group at Harvard in the USA.

The Institute of Marine Research in Norway, which has been using CRISPR since 2013, has used the gene editing technique to produce sterile salmon that grow better and are less prone to get sick. It also stops farmed salmon from breeding if they escape from aquaculture facilities.

The Institute is now looking at ways to improve the welfare of the fish, including disease resistance, by adapting their genetics.  In the future, the technique could also be used to enhance the Omega-3 content of Salmon to make it even healthier and more nutritious.

A Dutch research group is using the CRISPR gene editing tool to modify wheat gluten, enabling people with celiac disease to eat gluten without experiencing debilitating symptoms.  Celiac disease means that the immune system attacks gluten.  Researchers at Wageningen University in The Netherlands aim to solve this problem by removing specific parts of the antigens in gluten that the immune system reacts to.

The researchers are essentially ‘rewriting’ those regions of the gene that are recognised by the immune system and cause an allergic reaction.  However, the EU’s strict regulation on using CRISPR in plants mean that projects like that may never filter down into everyday life.

Kheiron-Biotech in Argentina is editing the genome of race horses to make breeds that are faster. Researchers have modified the gene encoding for myostatin, a protein that is crucial for the growth of muscles, to produce healthy embryos.

Cloned horses have already been participating and winning in sports such as Polo since the International Federation for Equestrian Sports lifted a ban preventing cloned horses from competing in international competitions in 2013.

A single mosquito strike is all it takes to become infected with malaria, a disease that kills 800,000 people every year. At Imperial College London in the United Kingdom, researchers have harnessed the gene-editing molecule CRISPR to develop a novel genetic tool known as a ‘gene drive’.

The ‘gene drive’ progressively spreads a genetic modification into the mosquito population that is designed to destroy a crucial gene which enables females to develop.  Female mosquitoes that carry two copies of the modified gene don’t bite and don’t lay eggs. In experiments it took just eight generations for the mosquito population to crash – the equivalent of three months.