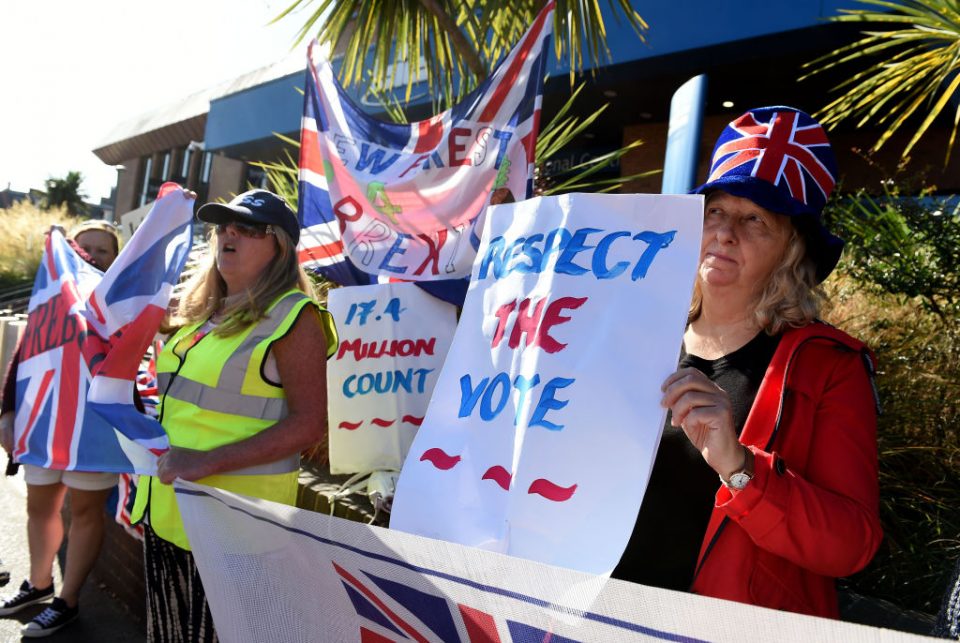 A majority of people want the UK to respect the Brexit referendum result, according to a new poll.

The Comres survey revealed today that 54 per cent of people wanted to respect the Brexit referendum result and leave the European Union, with 32 per cent preferring to remain.

Read more: Britain would now vote to stay in the EU

The question posed by polling company was: “Regardless of the way you voted in the 2016 referendum, do you support or oppose the UK abiding by the referendum result and leaving the EU?”

The largest age group to support the motion was those aged over 55, with 69 per cent in support.

Sixty per cent of males and 48 per cent of females surveyed said they supported the UK leaving the EU.

Geographically, the motion was supported in every English region except for London.

The results were gathered from a survey of 26,000 adults polled between 2 October and 14 October.

The result of the Comres survey comes after a Yougov “poll of polls” last week that said a majority of Britons would now vote to remain in the European Union.

The research, compiled for the Evening Standard, revealed 204 out of 226 polls since July 2017 have shown Remain ahead, with only seven wins for Leave and 15 ties.

“The overwhelming majority of questions asking people if Brexit is right or wrong, or if they would now vote Remain or Leave, show a lead for Remain, and have done for over two years.”