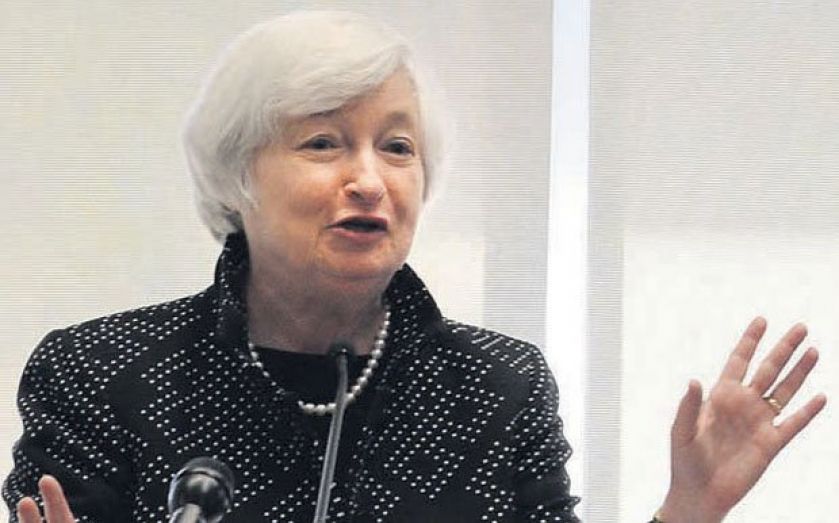 Federal Reserve chair Janet Yellen persuaded two hawkish colleagues to join her pledge yesterday to keep interest rates low for a “considerable time”, winning them over by sounding an optimistic tone on the US job market and inflation.

Immediately after the announcement, the dollar surged to a three-week high. The Fed announced the end of its quantitative easing programme, as expected.

Charles Plosser and Richard Fisher, chiefs of the regional Philadelphia and Dallas Fed banks, respectively, had dissented at the central bank’s last meeting in September and had argued for ditching a promise not to raise rates for a “considerable time” after ending a bond-buying stimulus programme.

But yesterday the pair joined the majority on the Fed’s policy-setting committee, giving Yellen a strong 9-1 backing for a statement that welcomed gradual improvements in the employment market and that dismissed recent inflation weakness as being due to temporary energy-price drops.

Hawkish policymakers tend to be most focused on the threat of inflation, advocating higher rates, whereas dovish ones are moved more by the threat of high unemployment, and often push for easier monetary policy. Plosser and Fisher are bound by Fed rules that prohibit them from explaining their votes until tomorrow at the earliest.

However, analysts said it was clear the confidence the central bank expressed in the domestic economy had made them happy. “The hawks were a bit more sensitive to the labour market and the fact that you’ve seen a change in the way the labour market is characterised; she won over the hawks with that, I think,” said Thomas Costerg of StanChart

The Fed, which previously had said job market slack was “significant,” shifted its view yesterday, saying that under-utilisation of employment market resources was “gradually diminishing”.